How does counting every shot affect your game?

Mark Townsend has been more than happy to hide behind the Stableford format since 2014. Now he's been roped into medal play and the pressure's on

The last time I put pencil to paper in the purest sense was five years ago and a short time before I became the dad to twins. In the interim avoiding the medal format has been lovely, either being able to fall back on the crutch of a Stableford, playing the odd bit of matchplay or, at a push, spicing things up with some Split Sixes whenever we couldn’t get a fourth.

Three of us gather at 7am at Headingley and one makes the bold claim that we should do it properly and keep our scores. I was waiting for him to go on and complete his sentence with the get out of a Stableford but, before I knew it, we were teeing off from the white tee which was something else I hadn’t bargained for.

I was out of my comfort zone and babbling out excuses at the rate of knots. We’re not entered into anything but that matters not as, for the next three and a bit hours, I know full well that I will be standing over every shot thinking that I’m one twitch away from blowing everything.

The third, Nick’s dad Dave, estimates his handicap at around +6 which puts me a little bit more at ease. Dave and I will both play off 8.

The first steer of the day comes at 7.03am which does me a few favours as I come up short of a fairway bunker. I find the green and two-putt from 35 feet and tell myself that my five-year medal sabbatical has done me the world of good. 4

The new me finds the fairway and I’m throwing darts as a wedge nearly finds the putting surface. I putt up to three feet and don’t even make contact with the hole. The distant memory of ‘this is what happens in medals’ begins to flood my soul. 5

Course-management wise my attempted 5-iron slice round the trees with the ball above my feet is dismal. I’m trying to impress Nick with my competence and I top it. More darts and I feign disappointment at the missed (lagged) 15-footer for par. 5

There’s a lot to be said for hitting the chief here so I hit 5-wood and go left. If this was a Stableford or just me on my own things would have been fine, as it’s a medal (is it a medal if you’re not in an actual competition?) I find myself chipping out backwards. It’s all coming back to me, strange things happen in medals. 5

I get up and down from 90 yards. What went before it involved hitting a tree that I knew I couldn’t clear. 5

This will be a good test, I tell myself. This could ruin 12 months’ relative contentment, I also tell myself. I’ve got a flop shot after flying the green with a 7-iron and, for the past year, I’ve been reassuring myself that I can now chip. The 64-degree cheat club does the business and I leave myself 10 feet for a dazzling par. The four-foot bogey putt drops dead centre. 4

On the tee I make mention of my run of bogeys in the vain hope that I might be able to break it on this hole. I also tell Nick that I’ve never seen anyone reach this green in two in the vain hope that he’ll give it a go. I do my bit with a par, Nick lets me down by coming up three yards short with a 3-wood from around 260 yards. 5

This time Nick finds the green with a 4-iron from 204 yards. Moments before I have tried far too hard to ‘get home’ from 30 yards further back and go left to short-side myself. From there I play the wrong shot five times in the space of a few minutes which suggests that my short-game concerns might still be with me. 8

I’ll be honest I’m now slightly discombobulated. I zap the thick bund on the bank behind the green and, given how dialled in I am when in this type of kill zone, I land it straight in it. I make a double in a heartbeat. 6

A strange sense of calm now comes over me, brought on by a mix of self-loathing and acceptance that I’ll never cut it in this format. I follow Nick in from 20 feet though he found the green. 3

Given how far back the white tee is I tell myself that I can’t reach the mini bridge and, all being well, I’ll just fade it off it….

The baby fade remains elusive as I batter it down the 3rd fairway which I had failed to find 90 minutes previously. The others are so far away that I can’t even moan about the back-to-front divot that I’m now in. Praise be to the hybrid. 4

I generally have two swing thoughts and one is closely connected to the other. On the tee I remind myself that I had forgotten about part two of the equation and so I find myself doing some sort of weird Justin Rose pre-shot routine while the others aren’t looking. It works, I’ve found the secret. 2

Relatively speaking this was quite efficient. Weak drive, weak second, pitch on, two putts. Nick’s only brought his even-numbered irons so leans on a 4-iron and hits it to 20 feet. 5

More ruthless efficiency as I chase/slightly thin an 8-iron on to the green. In my head I’ve long since reverted to Stableford to try and quieten the voices a little and it works a treat. I’ve no interest in what my score is which immediately makes me add it up on the way to the next tee. 4

I’d love to be able to show you this green. It was laid out by Alister MacKenzie and it’s an absolute treat. I like it so much that I almost enjoy the fact that I’m slowly getting myself more and more out of position with every shot that I play. Thankfully I find something with the putter. 5

Why we made him play off +6… pic.twitter.com/K4cqhMZB7S

Again, one of the best green ‘complexes’ in the county and very nearly the scene of my first hole-in-one. Which sounds impressive but the banking fed the ball 40 feet right and left me six inches behind the cup. 2

I congratulate myself on ‘buffering’ despite a) not knowing anybody else’s score, b) not actually being part of any competition c) still having one hole to play and d) being so out of the loop that I don’t know what they do with big numbers like quadruple 8s.

Nick drives it on a line I’ve never even looked at and finds a greenside bunker.

My approach shot is played from under a sharp bank and I tell myself that my ‘A’ wedge is ideal to pop her up and somewhere around the green. Moments later I am on my knees and taking up the full three minutes trying to locate my ball which is a yard in front of me. The trusted combo of fat and thin nearly bring the clubhouse into play and it’s a textbook finish. 8

A five-shot swing for Nick, who can also boast an 8 of his own, to win by one. 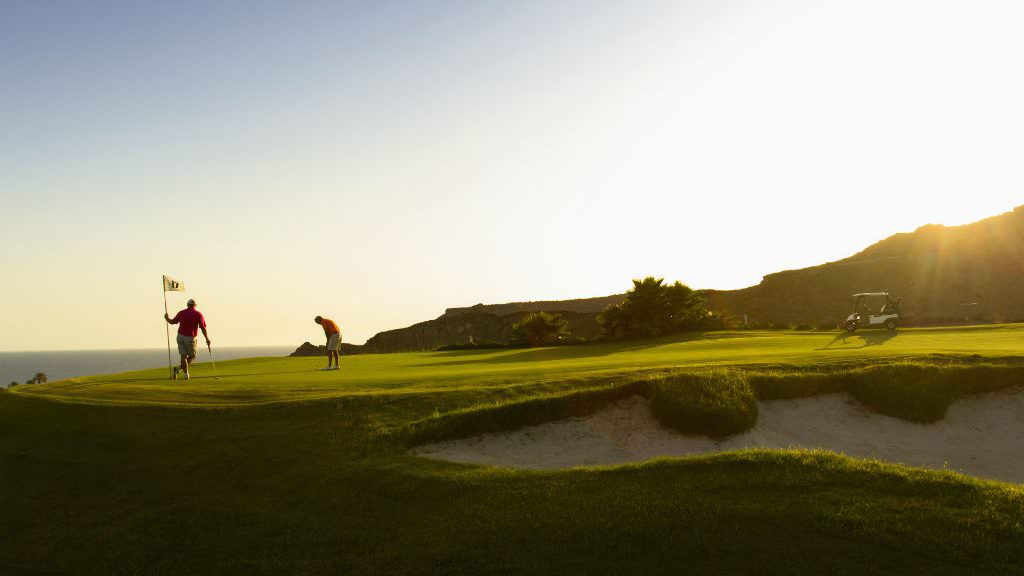 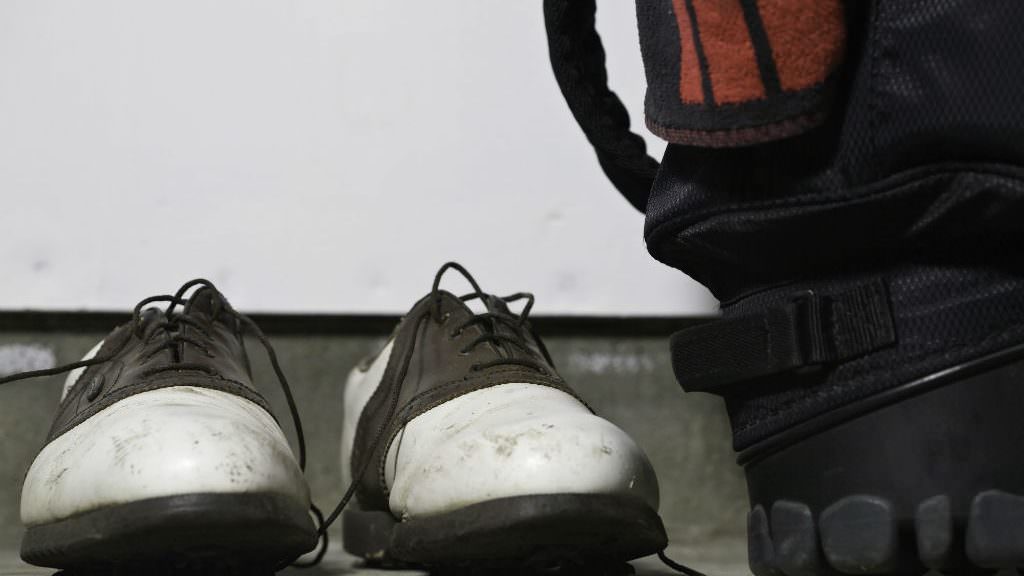 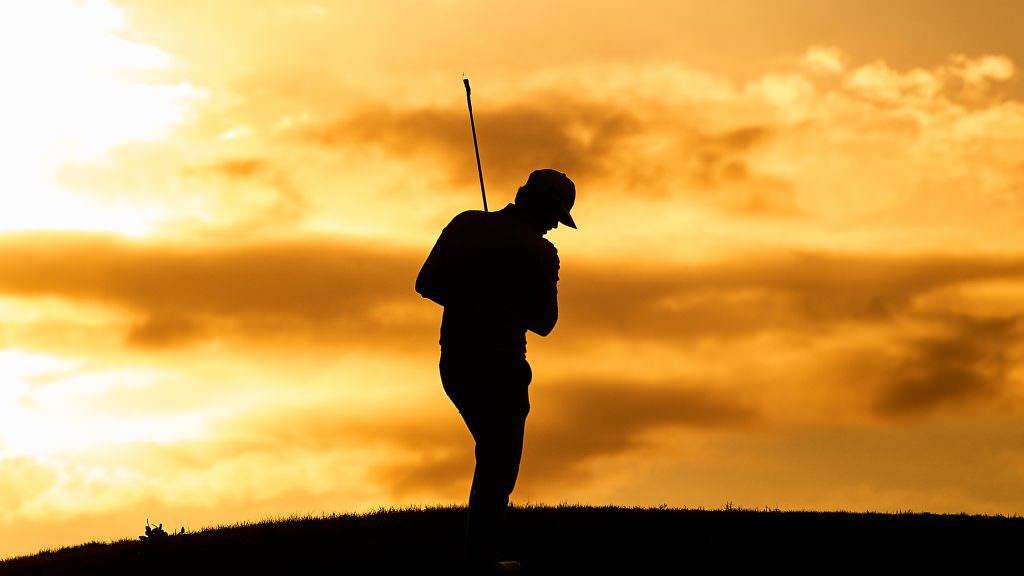 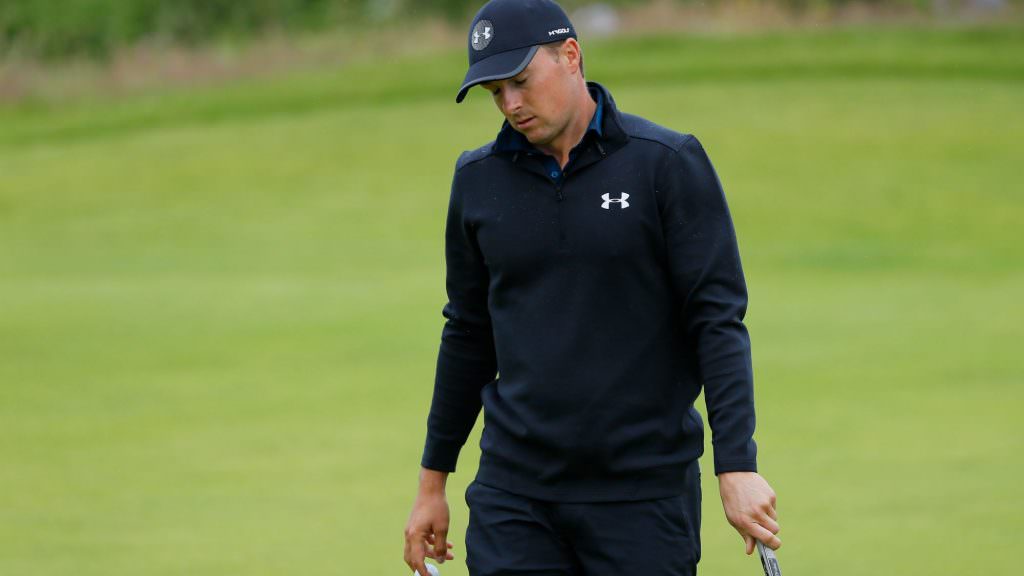 Is it possible to look forward to a round of golf? 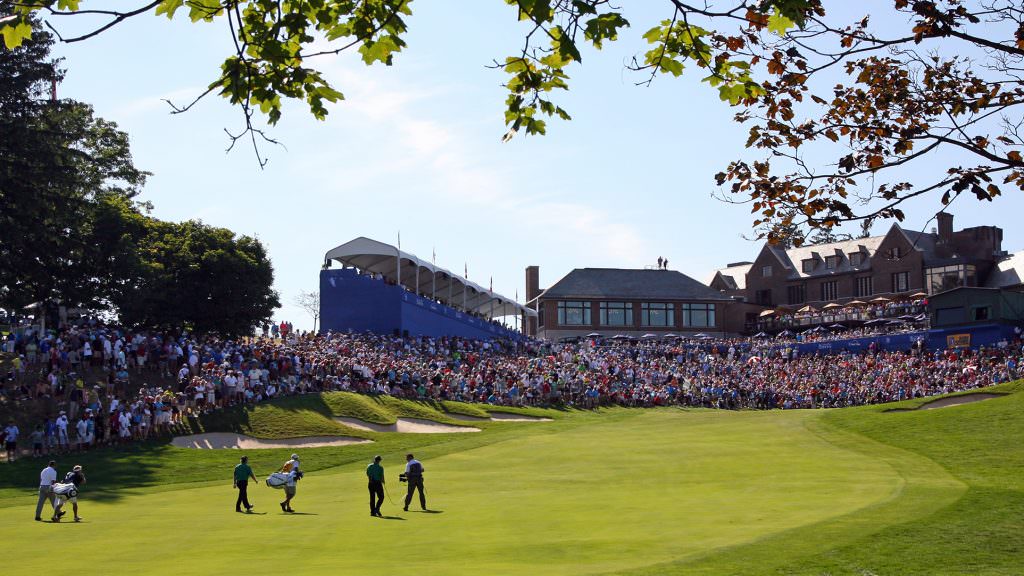