What is maximum score in golf?

Want to know more about this unusual form of stroke play? Our Rules of Golf guru has got everything you need

What is this unusual format all about? It’s pretty much exactly what it says on the tin. A player’s or a side’s (you can also play it in pairs) score is capped at a maximum number. That is set by the committee and Rule 21.2a explains it could be “two times par, a fixed number or net double bogey”.

All you need to know about maximum score in golf

How does the scoring work?

Tot up your strokes as you normally would – except that the most you can have on any hole is the maximum score. That is the case even if your actual score exceeds the maximum.

If you fail to hole out, you’ll also get the maximum score and, to try and help pace of play, players are also encouraged to pick up when their score has hit the maximum number.

Rule 21.2b (1) says a hole is completed when you either hole out, choose not to do so, or when your score has hit the maximum.

How does this all finish up on the scorecard? If your score is lower than the maximum then that’s the number you need to write on the card.

If it is the same or higher than the maximum score then your scorecard must show either no score, “or any score at or above the maximum”.

If you’ve picked it up and haven’t holed out, then the above also applies.

It’s down to committees to adjust your score to the maximum “on any hole where the scorecard shows either no score or any score above the maximum”.

If it’s a handicap competition, they also have the responsibility for applying any handicap strokes to the score entered for each hole. 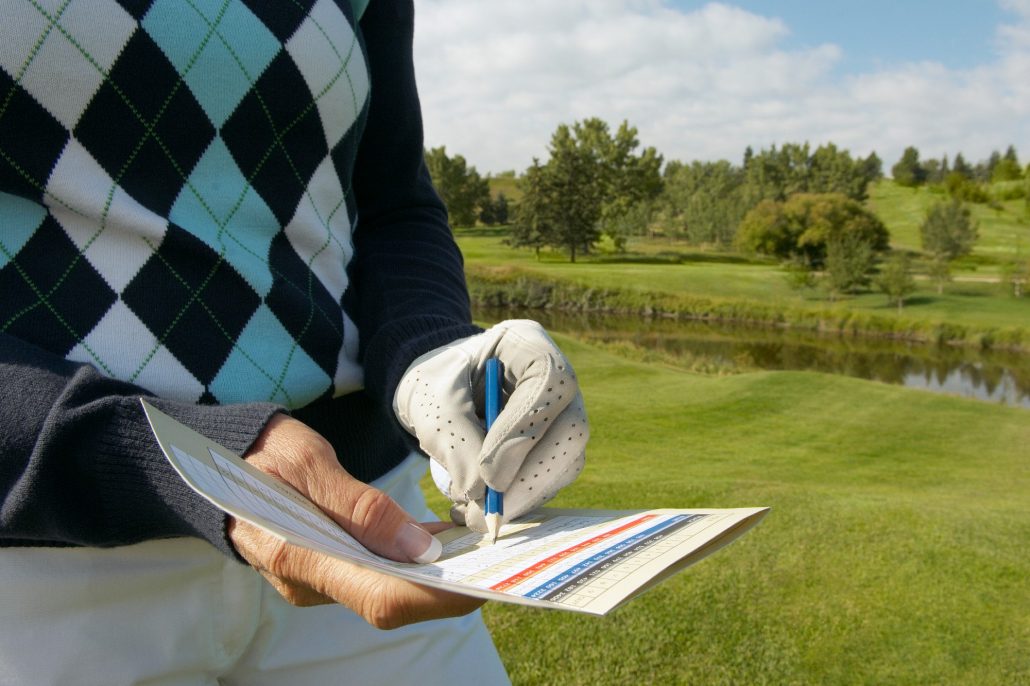 What about penalties? Does anything change?

All the penalties that apply in stroke play also apply in Maximum Score but there are some changes. The first is obvious. If you don’t have to hole out – because the most you can score is the maximum – then you won’t be disqualified under Rule 3.3c.

This, and some other penalties that would also see you take an early bath in a monthly medal, will only result in the maximum score applying to the hole where the breach occurred.

These are: Not correcting the mistake of playing from outside the teeing area when starting a hole or failing to correct playing a wrong ball.

Failing to correct the mistake of playing from a wrong place, when there is a serious breach, will also mean putting the maximum score on your card but will not result in disqualification.

Rule 11.2 penalises those who deliberately deflect or stop a ball in motion. You’d usually get the general penalty (two shots or loss of hole in match play), but Rule 21.2d applies an exception when playing maximum score.

If you needed to hole your putt to make a number lower than the maximum score and it’s deflected or stopped “at a time when there is no reasonable chance it can be holed”, then there is no penalty and you’d get the maximum hole score.

When does a round end?

When you hole out on the final hole or, if you don’t hole out or will already get the maximum score on that hole.

Have you ever played maximum score in golf? Let me know how you got on with a tweet.