Maurice Flitcroft was the fearless rookie who tricked the R&A in 1976 and became a cult hero for decades to come. This is the remarkable story of 'The Phantom of The Open'

Maurice Flitcroft had some range. From postal worker to ice cream man to stunt driver, the chain-smoking crane operator from Barrow dabbled with just about every career at one point or another.

But at the age of 45, Flitcroft’s next venture would see him rub shoulders with a future legend, hoax his way into the Open Championship, and become the subject of his own film. That venture was, of course golf, despite Flitcroft having never swung a club before.

The year was 1974, and Flitcroft found himself obsessed with the sport after catching a glimpse on his newly purchased colour TV. Enthralled by what he saw, this eccentric character soon embarked on a quest to win golf’s oldest major. Just like Seve Ballesteros and Jack Nicklaus, Flitcroft had his eyes set on Claret Jug.

Yet to play a full round of 18 holes, Flitcroft did the unthinkable and applied to enter the 1976 Open at Royal Birkdale.

But there was one problem. Flitcroft did not have a handicap, nor was he a professional golfer. At least not officially.

Presented with the entrance sheet, it was here where Flitcroft’s fraudulent journey began, declaring himself professional and somehow securing a spot at Open Qualifying.

Having borrowed the entry fee from his wife, Jean, read up on tuition manuals at his local library, and practiced bunker shots at a nearby beach, Flitcroft arrived at Formby full of confidence.

Dressed the part with a bucket hat to match, Flitcroft soon raised suspicion when his opening shot travelled four feet. Playing partner Jim Howard was flabbergasted, describing Flitcroft as “gripping the club like he was intent on murdering someone” as the rookie chopped his way round in 121 shots.

At 49-over-par, it remains the worst score ever in Open history. “I should have used the 4-wood.” Flitcroft explained. “But I’d left that in the car.”

Word of Flitcroft’s antics soon reached a furious R&A, who banned him from competing on day two as the fraudster was forced to flee the scene of the crime.

Despite the feat, Flitcroft’s dream was still alive and kicking – at least in his own mind. He attempted to enter five more Opens, each time adopting a new disguise and hilarious identity.

From Arnold Palmtree to Count Manfred von Hoffmenstal to James Beau Jolley, Flitcroft failed to earn a second bite at the Claret Jug until his Swiss alter ego, Gerald Hoppy, made it past R&A authorities in 1988.

On this occasion he was able to shoot 63 – albeit over nine holes – as the folk hero was again banished before he could complete his quest.

“Imagine their surprise when they discovered they had the actual Maurice Flitcroft on their hands,” he said afterwards.

The antics were enough to earn Flitcroft a new nickname, ‘The Phantom of The Open’ – which just so happens to be the name of the 2021 film about the cult hero’s short golf career.

CLICK HERE TO BUY ‘THE PHANTOM OF THE OPEN’ ON AMAZON 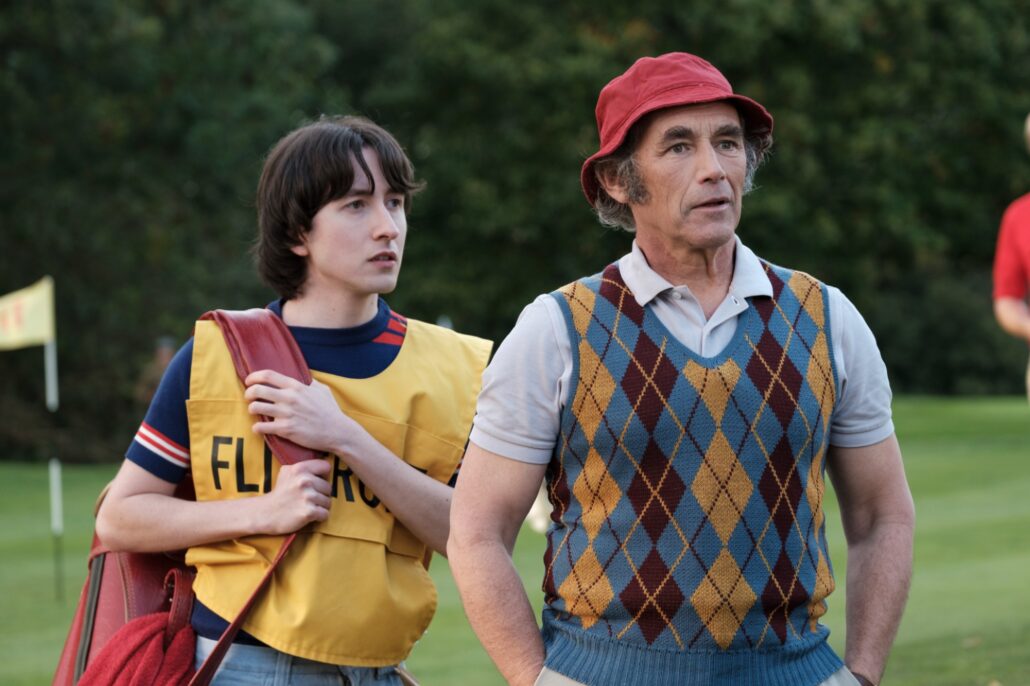 If you missed it first time around, feel-good favourite THE PHANTOM OF THE OPEN is coming back to the big screen with Showcase Cinemas from May 16. Book now: https://t.co/bX5XcGXSpC pic.twitter.com/kgOVzGeq8G