We’re still more than 10 months away from the 2023 Ryder Cup, but that hasn’t stopped Luke Donald giving Team Europe an early lead after hilariously mocking the Americans over their drinking culture – or lack of it.

Now we know the Europeans like to drink, and have seen some pretty lavish scenes down the years from the likes of Darren Clarke, Ian Poulter and even Rory McIlroy on the 18th green. But what about when the party continues long into the night?

Well according to Luke Donald, this is just how heavy things can get…

Now I want to be in Team Europe even more 🤣

Unbelievable story here from @LukeDonald who joined us on @BeefsGolfClub to chat all things Ryder Cup! pic.twitter.com/yHQo1PaB0L

“Apparently this is folklore within the membership at Oakland Hills,” the Englishman said. “So the bar bill for the US at the end of their Ryder Cup [in 2004] was $600.

And Donald wasn’t finished there, revealing how Europe ended up closing down a bar outside of Detroit after partying until five in the morning.

“I think Darren Clarke went straight from the bar, packed his bag, got on the plane and went straight to the bar on the Virgin plane too! He did about 30 hours straight of boozing on that Ryder Cup.” 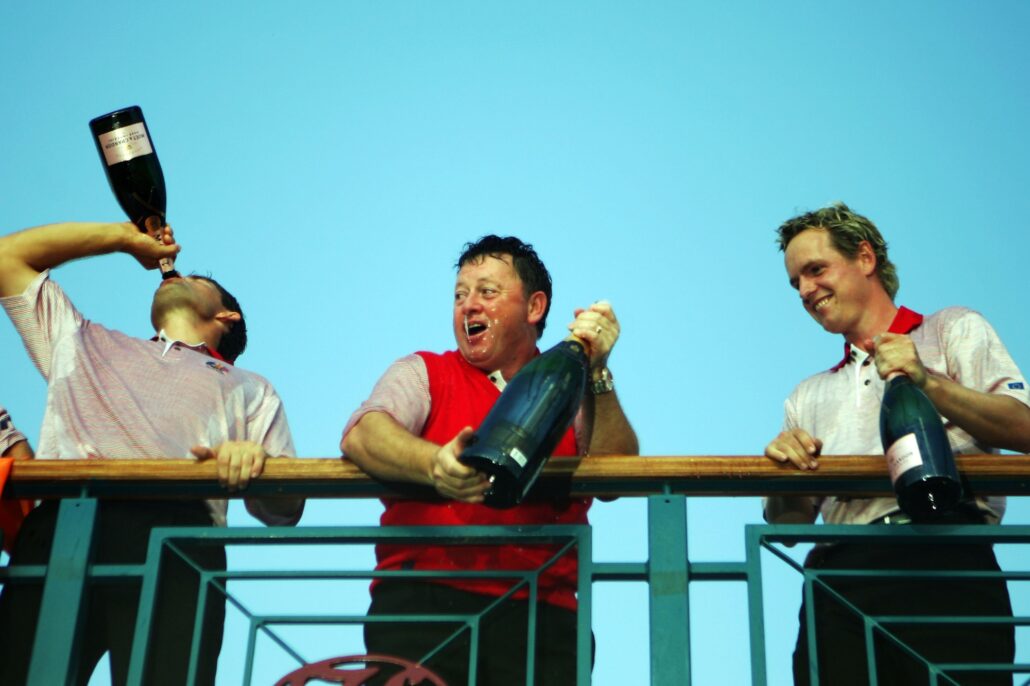 Brilliant. We think we’ll call that Europe 1-0 USA as Donald attempts to gain any advantage possible ahead of his Ryder Cup team’s uphill task in Rome.