Make no mistake it, Jon Rahm is the absolute man right now. The Spaniard is currently in the form of his life and picking up silverware to prove it (even if the Official World Golf Rankings won’t), landing four wins in six starts during one of the most impressive runs we’ve ever seen.

Fresh off firing four rounds in the 60s to pip Davis Thompson by one and win The American Express – his second consecutive PGA Tour title – Rahm has now set an insane record on the circuit to emphasise just how remarkable his form has been.

Over his last 10 PGA Tour rounds, Rahm has recorded a ridiculous aggregate score of 62-under par(!), a feat which nobody else has managed to do – nope, not even a certain Tiger Woods during his prime.

According to ESPN, the stretch now surpasses Davis Love III, who previously held the 10-round record with an aggregate score of 61-under in Autumn 2001.

Jon Rahm has shot -62 across his last 10 PGA TOUR rounds.

That is the best 10-round stretch by any player on record (complete round data dates back to 1983).

If that wasn’t impressive enough, the stats then get even sillier if we include Rahm’s worldwide starts too – with the World No 3 having won the Spanish Open and DP World Tour Championship within his recent hot streak.

Taking Rahm’s 27 rounds from his last seven worldwide starts – a stretch which has included four wins and six top five finishes – Rahm’s scoring average is 66.89, with his last 10 rounds from the DP World Tour Championship, Sentry Tournament of Champions, and American Express totalling a ludicrous 68-under par!

In other words, Jon Rahm is currently very good at golf, and now has the silverware, and records, to prove it. The Masters surely can’t come quick enough for the one-time major winner as he continues his pursuit to the top. 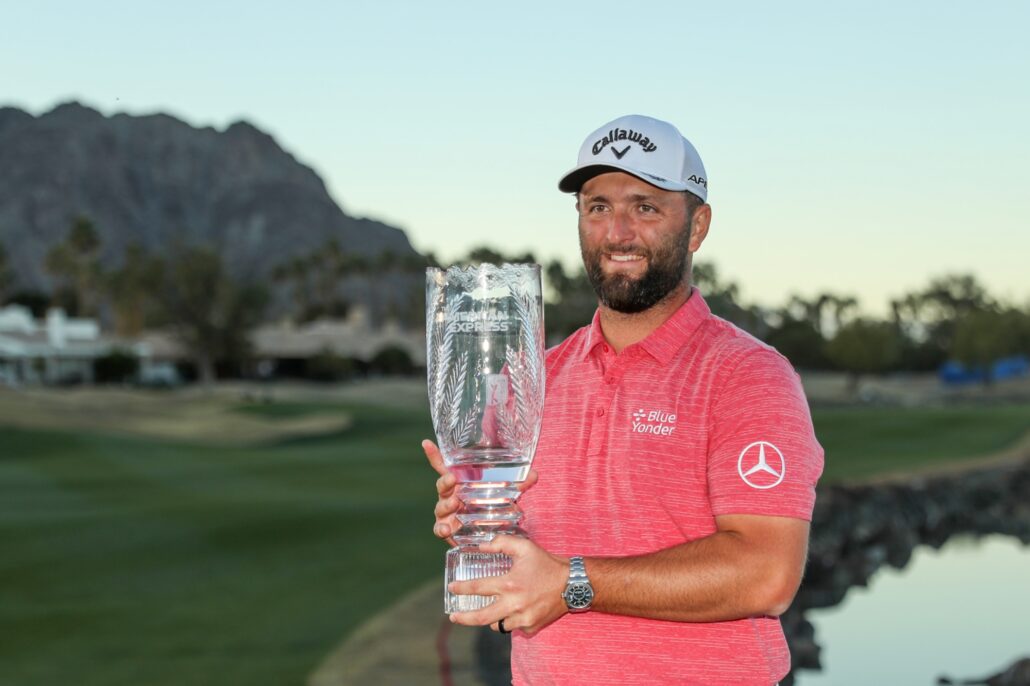