How to 'save' the PGA Championship

It's a major, sure. But let's face it, you don't get as excited for the PGA Championship as you do the other three. Alex Perry and Dan Murphy have some ideas

Before its move to May, the PGA Championship was fourth on just about every list you could come up with.

While all players are happy to win any golf major, you would be hard pushed to find one who, if given the choice, would put the PGA Championship in first, second, or even third on their most wanted.

As for fans, it never has quite caught the imagination the same way as the Masters, US Open, and Open Championship.

So what can be done to change that? Two of our writers have some ideas…

I have a three-point plan, writes Alex Perry.

The move to May was a good one – the PGA Championship always felt a bit lost at the end of the year – but I would go one further and make it the first major of the year.

Our major drought major currently runs from the Open in July to the Masters in April – that’s nine months! – so the PGA can fill that gap neatly and leave us a bit more breathing space between the other three.

Imagine how much more exciting the PGA Championship would be if we’d just gone months without a major instead of weeks.

Next up I would make it the most elite field in golf. No invites. No club pros.

While we’re at it, let’s put an end to the love-in for former champions. I get that golf enjoys saluting its past – and it works at the Masters and the Open because the crowds there appreciate their former champions.

But no one’s filling the 1st-tee grandstand at silly o’clock on PGA Championship Thursday to celebrates Steve Elkington for winning it in nineteen-ninety-whatever-it-was? Give them exemption for five years then let them bow out gracefully.

Make the field the top 100 in world rankings the week before the event plus past champions from the previous decade that aren’t otherwise exempt. Done.

And finally, let’s take it around the globe. Sure, the PGA of America will never do this but golf is as global a game as it’s ever been and this seems like such an easy win. 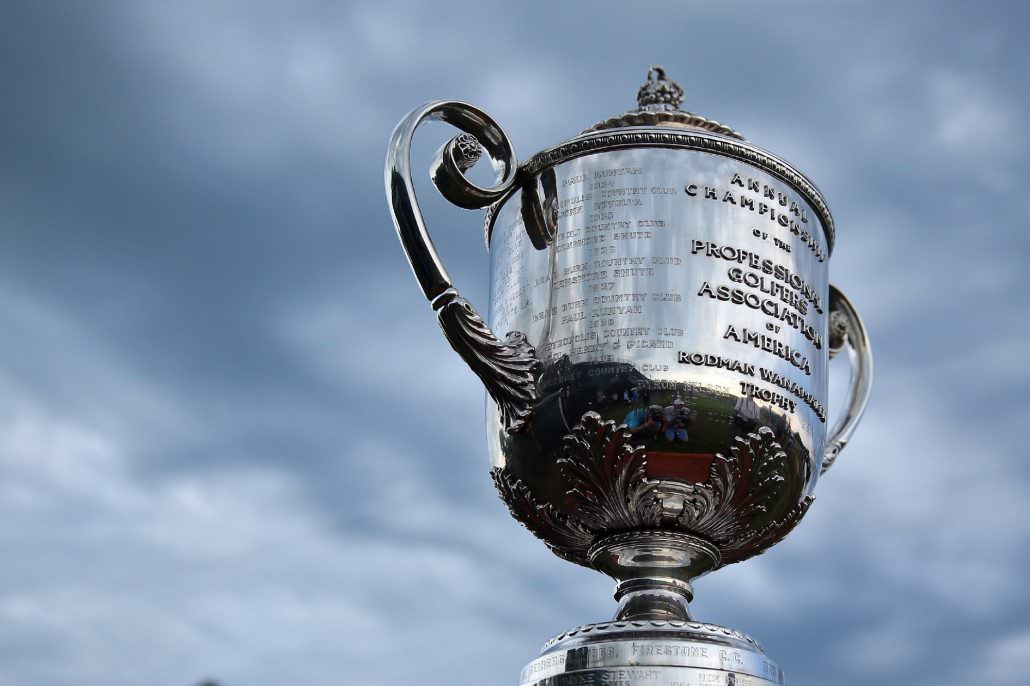 The most obvious way for the PGA to do that is to revert back to its heritage as a match play event, writes Dan Murphy.

We know the arguments against it, notably some of the players’ dislike of being sent packing after a first-round defeat and the broadcasters’ fears of underwhelming latter stages with the box office names already knocked out.

To the players I would say: Hard luck. There are plenty of other weeks when you can play 72 holes.

To the broadcasters I would say: Yes, that’s possible, but the excitement in the earlier rounds will more than make up for it.

As for format, I think the WGC-Match Play had it right in its earlier years with one important caveat.

I would start on Monday with qualifying rounds so that the championship proper could begin on Wednesday with 128 players. That’s when the big guns would start.

Thursday would be the last 64, Friday the last 32, Saturday the last 16 and then the quarter-finals, with Sunday seeing the semi-final and Championship match plus a third-place play-off to give the broadcasters more golf to show.

Crucially, I would advocate no seeding. Like the FA Cup, I would draw each round out of a hat at the end of play for the following day.

The daily draws would become real highlights of the event. You would get the odd first-round match between heavyweights. Others might sneak quietly into the latter stages.

There’s no need to over-engineer the draw – all that happens is one rogue result throws the whole tournament of kilter. Better to take it one day at a time and enjoy the drama.

It would be volatile, raw, and engrossing – surely just what sports fans love?