It was always going to be an awkward week for Henrik Stenson as he returned to DP World Tour action, but the Swede insists he has made the right career choices

Henrik Stenson has insisted he’s having “a great time” at the Abu Dhabi HSBC Championship amid suggestions he was in for a potentially “uncomfortable” Ryder Cup reunion.

Making his first start on the DP World Tour after joining LIV Golf – a move which saw him axed as Ryder Cup captain – Stenson’s return to the European circuit garnered plenty of attention prior to play getting underway at Yas Links, with replacement captain Luke Donald admitting the Swede could be in for a “strange week”.

But after opening with a 68 in the United Arab Emirates to sit four shots off leader Donald, Stenson immediately shut down talk of any such friction following the first round of play.

“If you’re friends with someone, you’re friends with them no matter where they choose to work. And sometimes even if someone makes a decision that you don’t necessarily agree with or think is the right one with the information and the circumstances that you have in front of you, but if you’re friends, you can look past that, and that’s what I feel here.

“There’s a lot of people that I have spent many years with, and they continue to be my friends no matter where I play my golf.” 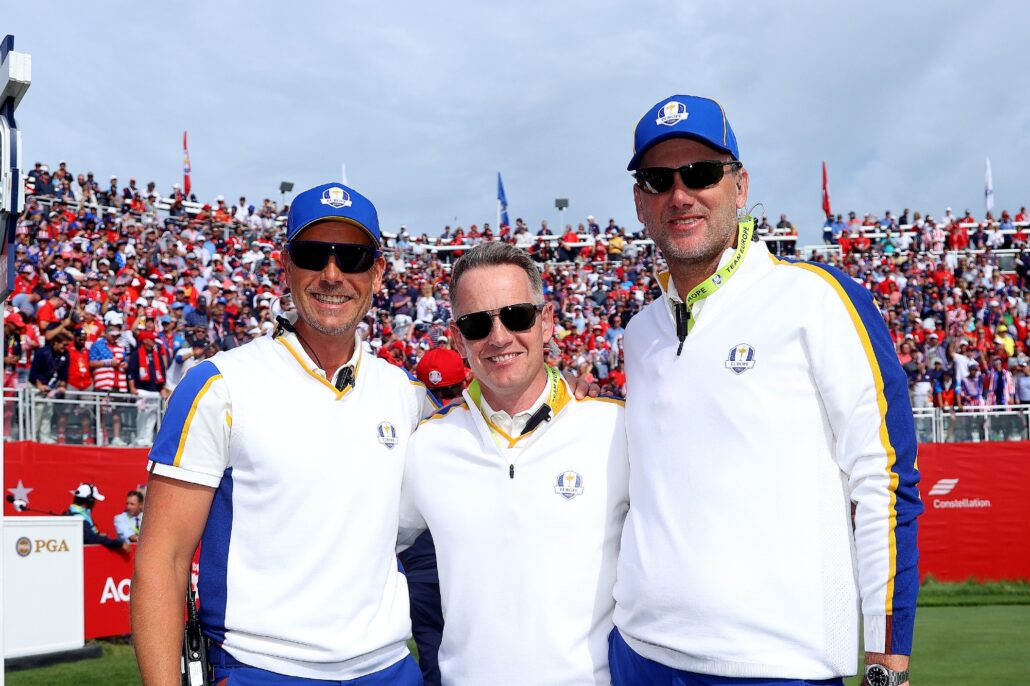 Stenson, who won on his LIV Golf debut last July, then offered an assured response when pressed on whether he any regrets about turning his back on the Team Europe captaincy.

“No,” the Swede said when posed the question. “I made my decision and obviously Ryder Cup Europe made theirs. It’s not great but it is what it is, and Ryder Cup has been a huge part of my career. I wish Luke all the best with the team going forward and we’ll see where we all end up in the long run with this.”

While Stenson and several LIV golfers are teeing up at Yas Links this week – including Ian Poulter, Lee Westwood and Patrick Reed – the Abu Dhabi HSBC Championship could prove to be one of the last times the breakaway league’s men tee up on the DP World Tour, with the players set to learn their fate at a court case next month.

But echoing the stance taken by others involved in the series, Stenson is adamant they should be allowed to continuing teeing up on the rival circuit.

“The way I look at it, when all of us went to play on the PGA Tour back in the day, we shouldn’t have been welcomed back either then,” he continued. “There’s multiple tours in the world and as far as I’m concerned, as long as you fulfil your criteria and earn your right to be there, you should be able to play in as many tournaments as you like. But I haven’t had anyone step up to me personally and vent those thoughts.

“It’s been difficult times obviously. I hope we end up in a place where everything works out the best for everyone, players, spectators, tours and everything else. Yeah, it’s been a rocky road, not just on my end the last six months. I think for the most part, people are above that.”