Padraig Harrington believes he will have the strongest European Ryder Cup team ever at his disposal at Whistling Straits.

The skipper picked his three wildcards following the conclusion of the BMW PGA Championship at Wentworth on Sunday and, with Sergio Garcia, Ian Poulter and Shane Lowry filling the spots, Harrington insists his 12 will be balanced through both foursomes and fourballs.

They’ll face the sternest of tests in Wisconsin. Though US captain Steve Stricker has six rookies in his squad, every member of his side is in the top 21 in the world golf rankings.

But Europe can call on World No 1 Jon Rahm and, speaking to NCG in his role as a Rolex testimonee, Harrington said: “I know a lot’s been made about the US team being very strong but we have our strongest team ever – all the way through, our most balanced team ever. Every one of our players, we’re not hiding anybody in our team.”

Harrington added: “Everybody is very even, players who are excellent all the way through foursomes and fourballs. It really is a very nicely balanced team.

“I would look at that from years of playing under different captains, one size doesn’t fit all. You can’t treat every player the exact same. Some players need more information, some players need a little bit more assurance. Other players are very confident – just give them something to do and off they go and they want do it.”

And he said: “I just have to ensure my players go out there comfortable in the belief that me and the vice captains believe we have the best 12 players in Europe, set up in the best formation.

“As long as they go out there with that confidence, I’m not asking my players to do anything else but play their games. They are good enough as they are. I am very happy with such a balanced team.”

Stricker raised eyebrows by omitting Patrick Reed from his team – admitting the decision had kept him awake following Captain America’s bout with pneumonia – but Harrington stressed the arduous nature of Ryder Cup week would have been a factor.

“Obviously, Patrick was ill,” he added. “The Ryder Cup week is actually a very long stressful week. Patrick Reed in the fullest of health at a Ryder Cup is certainly somebody the Europeans have seen and going up against that is very difficult.

“But I assume they are looking at the fact that it’s such a long and stressful week. He’s coming off a pretty long stint in hospital and no matter what, even as well as he might feel, he couldn’t be 100 per cent ready and they had options to go elsewhere.”

Martin Kaymer, the hero of Medinah nine years ago and also speaking as a Rolex testimonee, said the machinations around American team selection were irrelevant in his eyes.

“I believe, and what always was a clear message always from the captain, was we focus on us,” he explained. 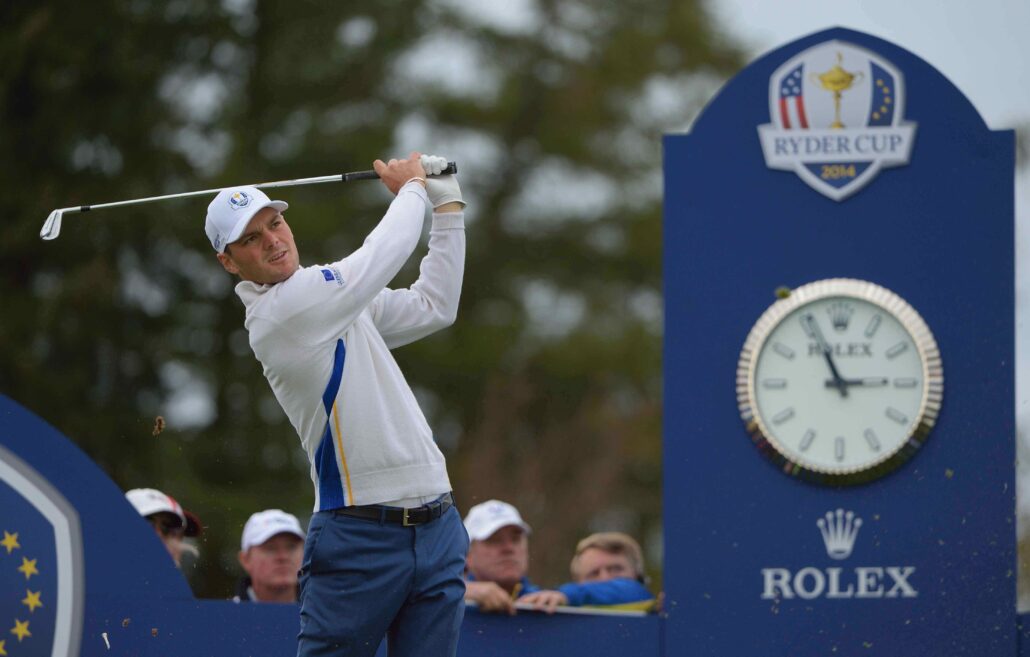 Padraig Harrington and Martin Kaymer were speaking as Rolex testimonees. Rolex is a Worldwide Partner of the Ryder Cup for the first time and has been Official Timekeeper of the event for more than 25 years.