Is this the craziest par 3 in the UK? Here's what happened when we took it on

The drop is so steep you could abseil down the side of it. Steve Carroll went to take on the vertigo-inducing hole

It’s enough to make you lose your breath. I know this because I foolishly walked back to the summit on a fool’s errand to get the sunset shot that everyone wants for social media and found myself gasping for air at the climb.

The penultimate hole at Halifax is notorious in local circles, so much so the club launched a video campaign urging golfers to send in their footage of what was often a fruitless quest for par.

If you’ve never been to Ogden, as it’s otherwise known, rectify that immediately. Herbert Fowler, Alister MacKenzie and James Braid were among those who helped carve 18 holes into the side of the Pennines and the clever routing, as well as the quite incredible views, have made this West Yorkshire layout a firm favourite of anyone who visits – even if the weather isn’t on their side.

But those who play inevitably congregate in the clubhouse talking about one particular hole: the 176-yard short 17th.

From the summit of the elevated tee to the green below is a huge drop – an elevation gain of 62 feet – and, even if there’s no wind, there are all sorts of nasties waiting to divert your ball away from the promised land of par. 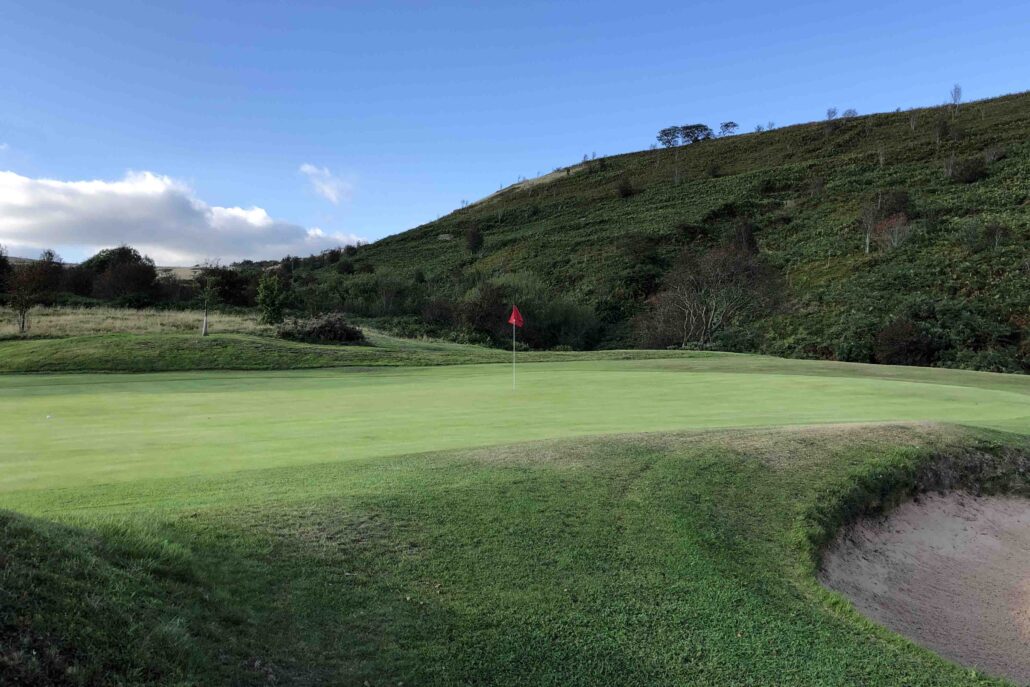 Just over the cliff face, so to speak, is nothing but heather and bracken. So don’t top it. Short of the green is a brook that will vacuum up anything that’s short and if you’re only a fraction wide there are some tasty little mounds that can entangle your ball.

Did I mention the green slopes? There’s a reason this is called Baggott’s Leap. It requires you to cross your fingers and trust the Almighty.

How did I get on? I know it plays a little shorter than its advertised yardage – that’s gravity for you – but there was a touch of wind backing in and so I opted for a 6-iron.

And I hit it smoothly. It was a lovely sound. Even so, it seemed to stay in the air forever and I’d convinced myself I’d hit it far too hard before, squinting into the distance, I finally saw it come to rest about 25 feet away from the flag.

Of course, I left the first putt short but managed to nail a five-footer for what will become one of my more memorable threes jotted on my card.

It turned out, by any definition, to be a one-off. Making my way back up the hill to the tee from the clubhouse, I hit three other shots into the setting sun. Two were never seen again and one went way right into a particularly tangly patch of rough. A second par was never a threat. 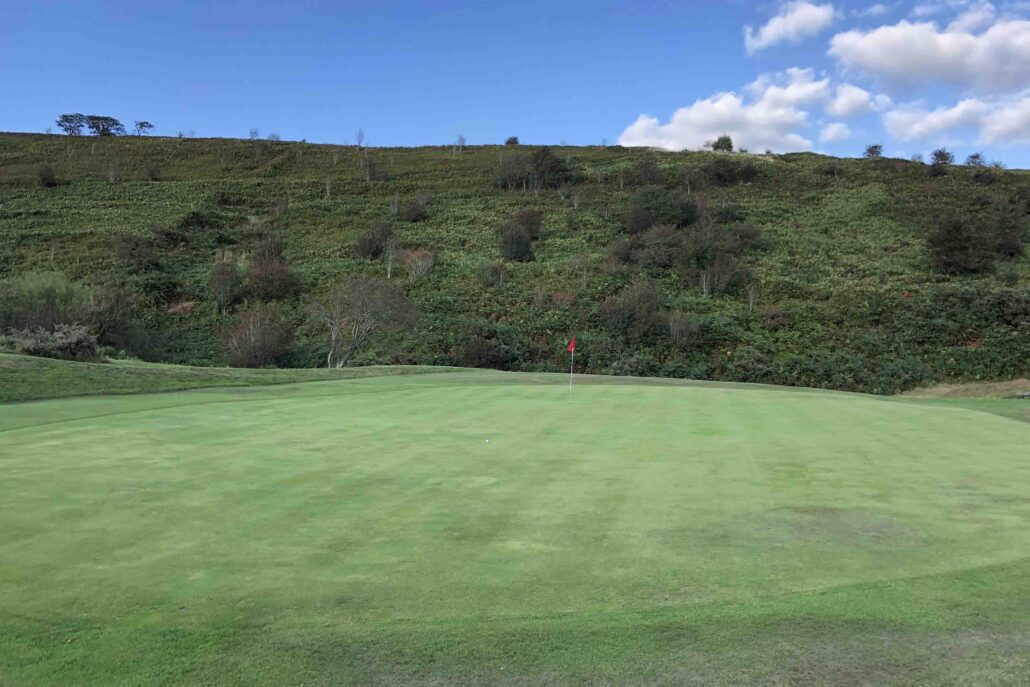 There’s far more to Halifax than just one hole but the 17th is a good enough reason on its own for the visit and, at the prices, you’d be absolutely bonkers not to put it on your must-play list.

This winter, it’s currently the frankly ridiculous price of £15 during the week and £25 at weekends. The summer green fees are an equally preposterous £20 on Monday and Tuesday, £25 from Wednesday to Friday and £35 at weekends and Bank Holidays.

For a place that is ranked 145 in NCG’s list of England’s best courses, I don’t think you’ll find better value anywhere else in the country.

Have you played a par 3 quite as exhilarating as the 17th at Halifax? Let me know in the comments below, or you can tweet me.