We've been over how to deal with critters picking up your ball when its stopped, but what if it's still in motion? Steve Carroll explains the changes you need to know in the 2023 Rules of Golf

Golfers versus nature. It’s not a battle we’re going to win very often. When an animal sets its sights on your prized Pro V1 or TP5, there is not a lot you can do to prevent it.

They spawn a thousand likes and retweets when they happen on tour – whether it’s a pair of mongooses playing fetch with Tommy Fleetwood’s ball at the Nedbank Golf Championship in 2019, or the equally shared clip of a seagull make a beeline for Colin Montgomerie’s tee shot on the Champions Tour a couple of years earlier.

But they’re a not infrequent occurrence at our clubs either, with crows, magpies and even the odd adventurous squirrel meaning we always need to be on the alert.

Most of you know that the Rules of Golf have always had your back. If it’s known or virtually certain that an outside influence – which includes animals – has lifted or moved your ball, Rule 9.6 comes to your rescue. There is no penalty and the ball is replaced on its original spot (or estimated if that’s not known).

If your ball is moving when it is stopped or deflected by a person or outside influence, and is anywhere except the putting green, again there is no penalty and you must play the ball as it lies under Rule 11.1b.

Here’s where it gets interesting. What if your ball is moving, and an animal picks it up?

What are the animal moves golf ball rules in golf? 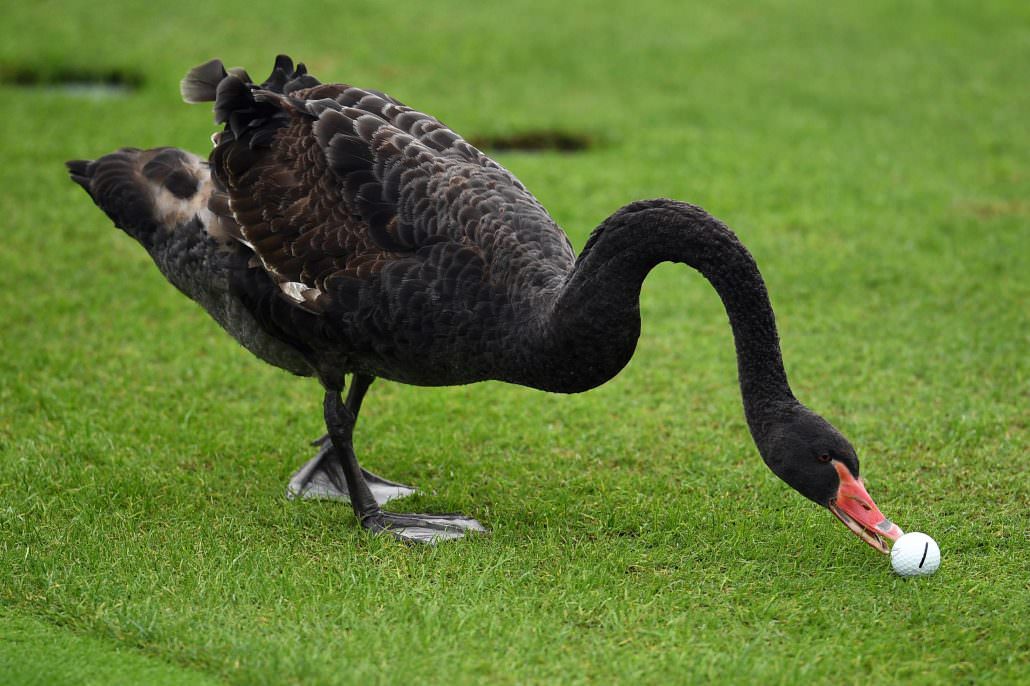 Scholars of Rule 11.1b will know if a ball, played from anywhere except the putting green, comes to rest on any person, animal or outside influence, you must not play it as it lies. You take relief. But what does “comes to rest” mean in this case?

Well, apart from the obvious, there is a new clarification to Rule 11.1b in the 2023 Rules of Golf that covers this so get your reading glasses on.

It says if an animal picks up a ball in motion, the ball has “come to rest on the animal”. Free relief must then be taken using the point “where the animal picked up the ball as the reference point”.

What does that mean in practice? Helpfully, as always, there is a very prescient example to lock it in your brain.

The clarification details a ball that’s played from the fairway and is picked up by a dog while it is still moving.

“The ball has come to rest on the animal at the point where the dog picked up the ball,” it says. That means you then must drop a ball within one club length – no nearer the hole, of course! – of where the ball was picked up by the dog.

What if this happened on the green? You place a ball on the estimated spot where the dog picked it up.

Despite the simplification of the Rules of Golf, there are still some that leave us scratching our heads. And as I’ve passed the R&A’s Level 3 rules exam with distinction, I’ll try to help by featuring the best in this column.