Bunker rakes: In or out? Here’s what the rules say

It’s always a debate at golf clubs but did you know the R&A and USGA have a recommendation for the position of bunker rakes? Here's what you need to know

Only pitch marks, or footprints, seems to provoke a bigger reaction than this at our clubs. I’ve seen countless posts, videos, and advice on where they should be. In or out. Where do you stand? I am, of course, talking about the position of bunker rakes.

It seems every club does it differently. Some like them placed in the centre of the sand, others half in and out. Does your committee prefer the rakes to be completely outside of the bunker, or are you even asked to place them on holders?

If your club is all at a quandary, or the members don’t like the policy on show, maybe the Rules of Golf can help.

There is nothing in the 24 rules that covers this specific situation but The Official Guide to the Rules of Golf has a near 200-page section on committee procedures, course set up, and Local Rules, and they do have a section that considers how a club might deal with the thorny problems of rake position. 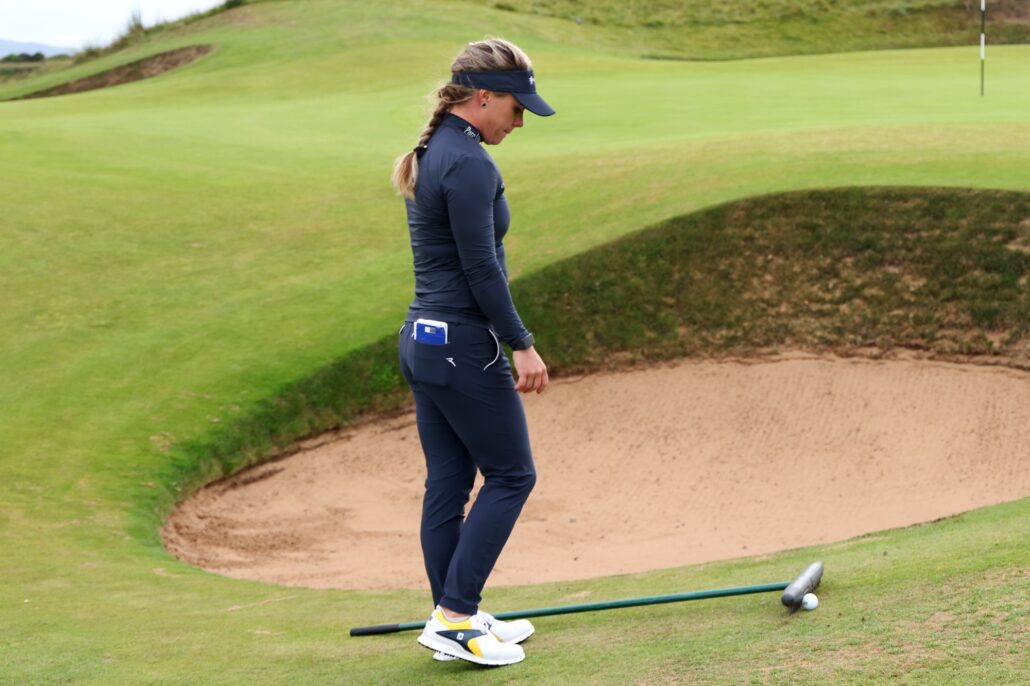 It probably won’t surprise you to learn that there is not a set position: “There is not a perfect answer for the position of rakes and it is a matter for the Committee to decide whether it has rakes placed in or out of bunkers.”

You can see the complications. Leave a rake outside the bunker and it can keep a ball out, or even deflect it in. Put the rake in the bunker and it might halt a ball that would otherwise have had enough speed to come out.

Could the position of a rake which stops a ball lead to an awkward shot from a difficult lie, or does a rake that’s thrown into a bunker leave a dent in the sand that will cause issues for those behind?

Is it easier for the maintenance team to cut the fairways and those areas close up to the bunkers if they remain inside the trap?

But even though the committee procedures say it’s ultimately up to clubs, they do put forward a recommendation.

“It is recommended that rakes should be left outside bunkers in areas where they are least likely to affect the movement of the ball.”

Golf bunker rakes: In or out?

Now you know. Do you agree? Is the only place for a rake inside a bunker, or should they be allowed to roam free in the general area? Let me know in the comments, or tweet me.