Would you benefit from using a bigger golf ball?

Should you be using a different size golf ball?

While the size of the golf hole has been a standardised 4.25 inches since 1891, the golf ball and its size has undergone a non-stop evolution over the past century which continues to this day.

The use of different materials has led to technological advances, the most recent notable example being the mass switch to a fully solid golf ball in the early 2000s following manufacturing developments and the dominance of a certain 15-time major champion. However, like all aspects of equipment, the rules of golf govern the specific limits around the creation of new golf balls, with specific requirements for both weight and size.

The first golf balls used by the relative masses were known as the ‘featherie’, a hand-woven leather sphere, filled with goose feathers which were both expensive and time-consuming to create, as well as being difficult to make perfectly round.

The dominant ball for the early part of the 19th century, it was replaced by the introduction of the ‘guttie’ around 1850, a ball which was made from dried tree-sap, making it much cheaper and easier to produce.

Around the turn of the century, the Haskell ball was introduced featuring wound rubber innards, wrapped in balata – a creation which would span the first 60 years or so of the 20th century, and a product seen as the true origin of where golf ball design is today.

In the 1960s the industry found a way of replicating the benefits of the wound ball in a more cost effective fashion, signalling the end of the Haskell ball and the start of true mass-production.

However, as might be expected with rapid technological advancements, certain practices were not standardised across the globe, leading to the now difficult-to-believe situation where golfers in Europe were playing a smaller golf ball – at 1.62 inches – compared to those in the US playing an American ball measuring 1.68 inches.

Although the smaller British ball was not an option for PGA Tour players, they were able to switch to it for the Open Championship – a tournament run under R&A rules – with the likes of Jack Nicklaus and Arnold Palmer, as well as the majority of their American counterparts, choosing to do so.

The smaller ball was believed to go a touch further and be slightly easier to control in the wind, something much coveted across the UK’s Open links layouts.

Unsurprisingly, the governing bodies looked to create a standard golf ball size and did so in 1990, helping to at least ensure parity between golfers across the continents.

However, this didn’t stop the leading manufacturers from attempting to eke every bit of performance imaginable with the late 90s and early 2000s seeing rapid change in the construction of golf balls.

The creation of multi-layer balls became the norm, with leading products such as the Callaway Chrome Soft now featuring four layers, all crafted to help it perform in terms of distance, spin, feel, consistency, and durability.

Since 1990, the regulations around golf ball creation have been “a size no smaller than 1.680 inches” and “a weight no heavier than 1.62 ounces”.

Golf balls must also be spherical in shape, with symmetrical patterns or dimples, to ensure a true flight. There is no limit on the number of dimples that can be placed on the surface of the ball, although there are specific depths which cannot be exceeded by the manufacturers.

While the parameters surrounding golf ball design have been set now for more than 30 years, manufacturers have continued to bring products to the market designed to help golfers of all abilities.

From a visual point of view, Callaway have introduced several products over recent years, designed to help the golfer with both alignment and feedback. This has included their Truvis line-up, with hexagonal patterns providing visual clues to the spin of the golf ball – particularly around the green.

The company have also introduced their Triple Track technology, created to offer the golfer an easy-to-align solution both on the green and off the tee. 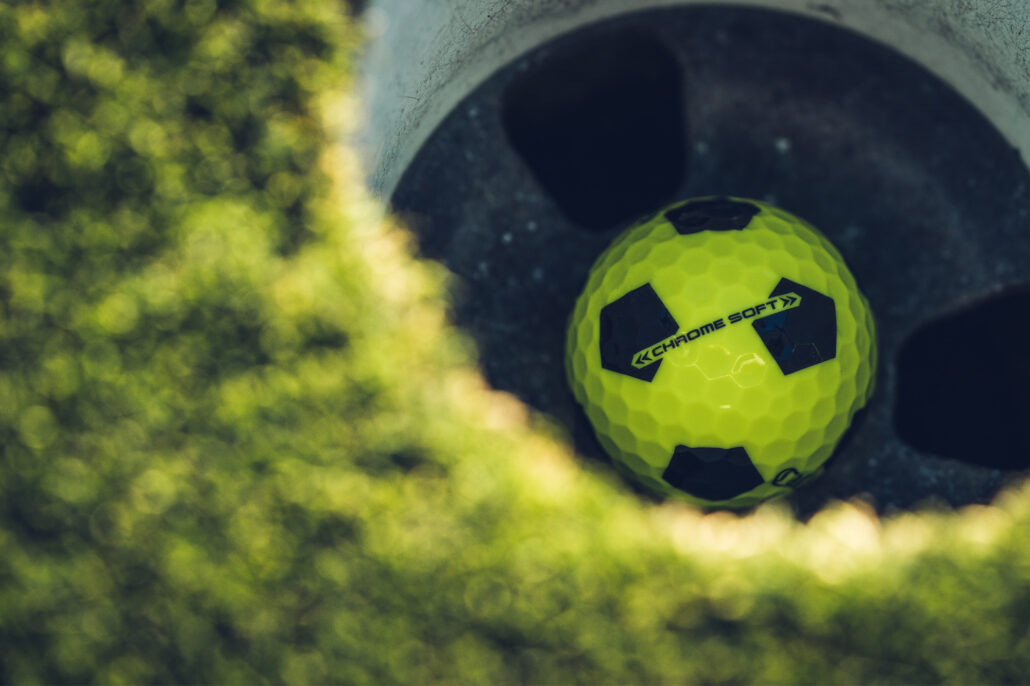 However, the company have also once again been experimenting with golf ball size with the introduction of the Supersoft Max.

The Supersoft has long been a staple of Callaway’s ball lineup and the company have kept the same makeup for the product in this new version, whilst increasing the overall size by 0.05 inches.

The ball remains legal as, although there’s a minimum size requirement, the ball can be larger than the 1.680 inches previously noted, as long as it stays below 1.620 oz – which the Supersoft Max does. 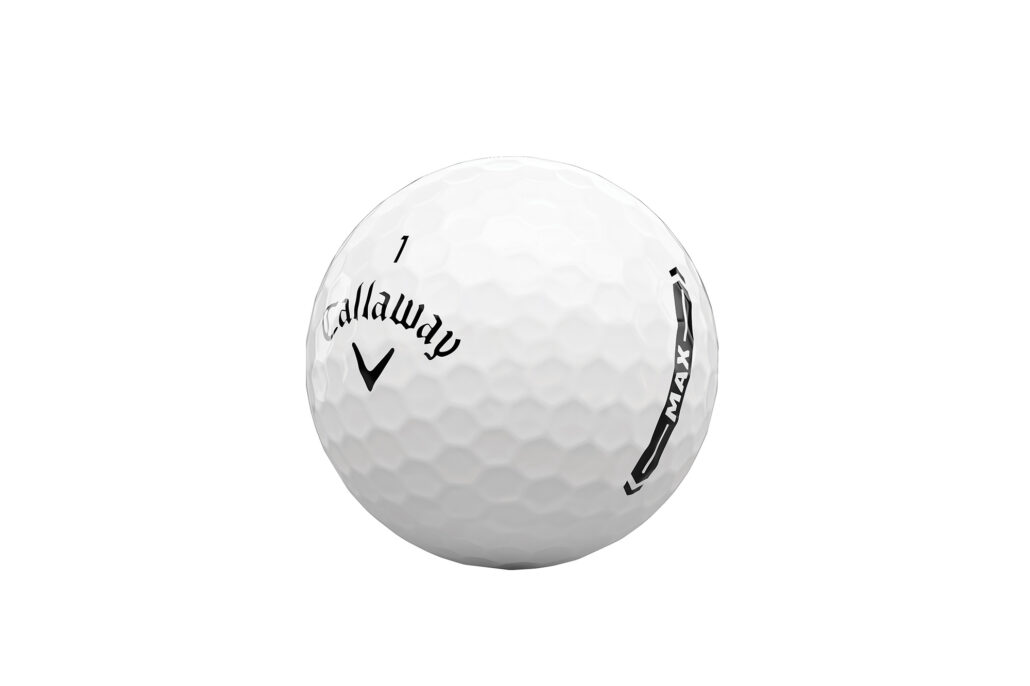 This isn’t the first Callaway ball to come in an oversized version, as the Max replaces the previous Supersoft Magna product. However, the company committing to this bigger offering does showcase the popularity of the product amongst club golfers looking to maximise every part of their game!

So should average golfers be using a bigger golf ball?

To start, a bigger golf ball is definitely more confidence-inspiring. The theory behind it is simple, the larger size makes it easier to hit the middle of the face. This means the centre of gravity of the club stays below the centre of the ball, helping you launch the ball higher.

If you have a slower club head speed and want to get more heights on your shots, this could be the perfect option. More height gives you more hang time which means you could also get some more distance, that’s hard for anyone to turn down.

The bigger ball is also designed to go straighter. This is because it spins less, helping you keep your shots on target more often.

This design clearly isn’t for everyone; downsides will be less workability, but this is a perfect option for players looking for a game improvement offering in the golf ball world.

So make sure you check golf ball size next time you’re topping up your golf bag.