Well is it in, or isn’t it? Next time you’re looking at one of those social media images, remember what our Rules of Golf guru has to say

Click on social media and it won’t take long before you see it. A picture of a ball wedged into the green against a cup and a caption saying ‘Is it holed?’

It never fails to get a few clicks and, though you might think it should be the simplest of answers, the question of when a ball is holed, and when it isn’t, comes with a couple of ‘buts’ attached. So let’s take a look at what the Rules of Golf say…

What is a hole?

We don’t need to state the obvious but there are very strict limits on what constitutes the size of a golf hole. It must be 4.25 inches in diameter and at least four inches deep.

Most clubs will use a liner to protect a hole and, if so, the outer diameter of that must not be greater than 4.25 inches and also has to be sunk at least one inch below the putting green surface, “unless the nature of the soil requires that it be closer to the surface”.

What is the definition of ‘holed’?

Forget the rule numbers and head to the back of the book. That’s where you’ll find the definitions and it is here where you’ll often find the answers.

The rules say a ball is holed when it is “at rest in the hole after a stroke and the entire ball is below the surface of the putting green”.

All straightforward, except there is an exception to the principle of “at rest” which is outlined in an interpretation.

Occasionally, I’ll get a question about whether a ball is holed if it falls into the hole and then bounces out – there were loads of these during Covid, remember?

“At rest” is used in this instance to reveal that the ball isn’t holed. However, what if a player removes a ball from the hole that’s still moving?

It might be spinning around the cup or bouncing within it. That ball isn’t at rest as the definition demands.

But the interpretation says that it is still considered holed in this case – “despite not having come to rest in the hole”. 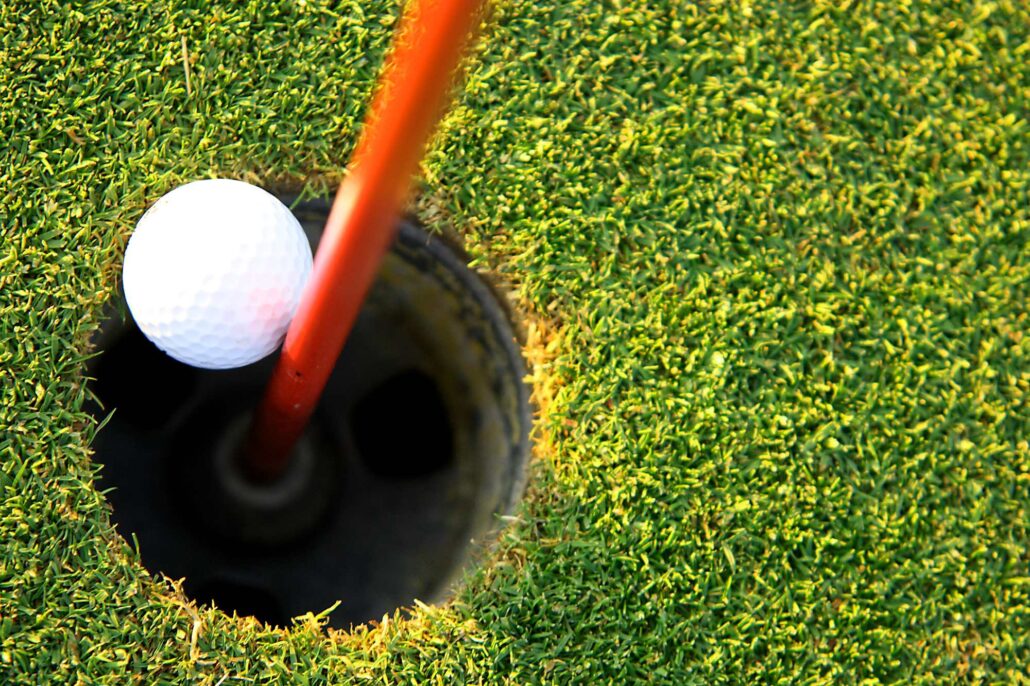 What about when the ball is resting against the flagstick in the hole?

Nice spot. This is treated as a special case and it’s covered in Rule 13.2c. It was brought in for the 2019 rules revision and it says that if any part of the ball is below the surface of the putting green then the ball is treated as holed.

If it’s not, play it as it lies. If you take out the flagstick and the ball falls into the cup, don’t think it’s holed. You need to take it out and replace it on the lip. You won’t get a penalty if you accidentally move the ball with the flagstick. It’s a movable obstruction under Rule 15.2.

Is a golf ball holed when it is embedded in the side of the hole?

Is it a hole-in-one? Is it holed at all? This is what you’ve been waiting for and the next time you see one of those pictures just consider another of the interpretations to the definition of hole.

Here’s the question you need to ask yourself: “Is all of the ball below the surface of the putting green?”

If it is, the ball is holed. If it isn’t, it is not – and that’s the case even if the ball touches the flagstick.

Despite the simplification of the Rules of Golf at the beginning of 2019, there are still some that leave us scratching our heads. And as I’ve passed the R&A’s Level 3 rules exam with distinction, I’ll try to help as much as possible. If there’s a subject, you’d like me to get into, why not tweet me? You can also look up our weekly Rules of Golf explained column.