Women are restricted from playing Saturday competitions at some clubs because “men don’t want [them] winning them”.

NCG’s Hannah Holden argued in the latest edition of our From the Clubhouse podcast that it was “stupid” to restrict when men or women could take to the course.

She was talking with Woolley Park’s Emily Rowbottom, whose Yorkshire club run most of their competitions as mixed golf tournaments and give competitors the opportunity to choose from whichever tee they want to play.

They recently held a popular Ability Tee Day, which allocated a particular tee to golfers based on their handicaps, while all their tees are rated for both men and women.

Though Woolley Park put no restrictions on when golfers can turn up, or even if they want to play in a competition or not, many clubs still have a midweek Ladies Day and a men’s Saturday competition.

Hannah said that impacted on women who worked and who weren’t able to play midweek, only to find they couldn’t play on a Saturday as well.

“From a woman’s perspective, I find it frustrating because a lot of people who make these committees are people who don’t work, or are from a generation where they didn’t have to work,” she said.

“They don’t have the viewpoint of my generation where everyone’s at work, and we can’t play golf during the week, and we need to be able to do something different at the weekend.

“Until people shift that mindset, you’re not going to get more women playing golf.” 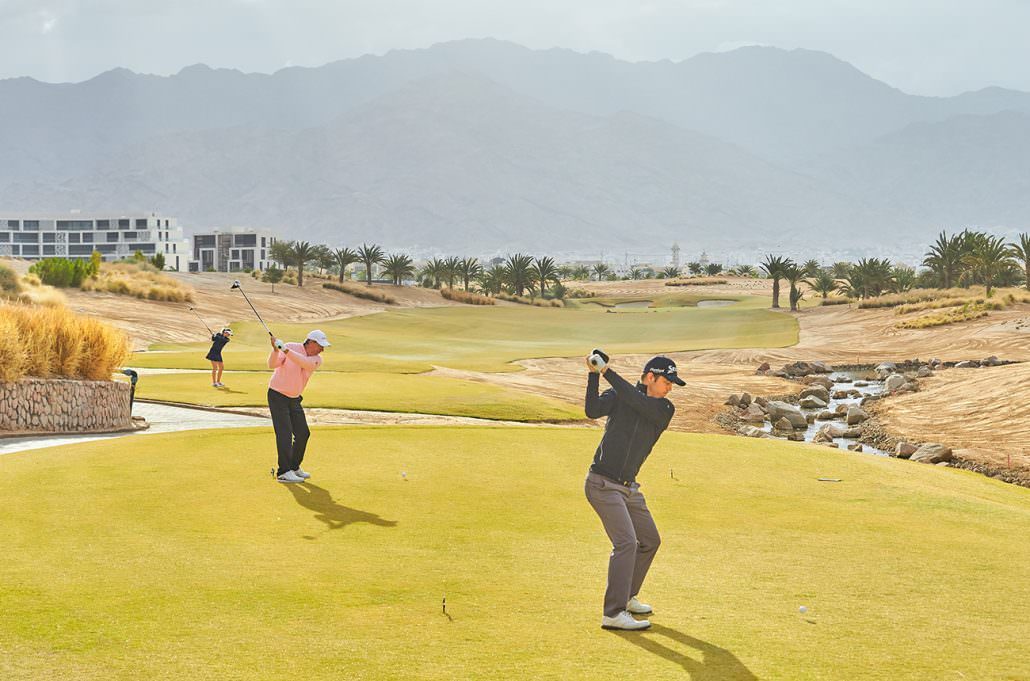 She added: “It’s stupid because golf is [a] sport where any gender, any ability, can play a competition together. It’s not like tennis where you’re playing directly against one other person and you need someone of a similar standard.

“We have a course where people can play from anywhere and you have a handicap and can get the required shots accordingly.

“It makes no sense at all that everyone can’t play together. I think so much of it is just that men don’t want women winning their competitions.

“Why does that matter? I don’t get it. Just run a men’s and women’s competition at the same time and anyone can play.

“Then, on the other hand, you’ve got women who won’t give up that midweek competition. So the men say, ‘Well, if we can’t play on a Tuesday, why can you play on a Saturday?’

“That’s fair enough but I also think the reality of that is that most of those men wouldn’t play on a Tuesday anyway – because they are at work.”

“Quite often men ask me if I play golf and I don’t,” Emily explained. “I say I work full-time and I’ve got a young family. It’s not something I can do at the moment.

“That’s why I find it difficult sometimes when England Golf promote women in golf and everything because when you’re short of time as a woman, and then you go to a club that doesn’t give you all the options and restricts what you can and can’t do, I just don’t think it’s as achievable as the governing bodies make out.”

She added: “Life’s complicated enough when you’re balancing a lot of things and being told you can’t do something at a time you want to do it – it just doesn’t work.

“When you look at it, take a step back like I do because I haven’t got a golf background, it’s just a person wanting to play golf. It’s just golf.

“Does it matter if you are male or female? It doesn’t matter. When you look at it really black and white, I don’t really see why there is so much drama around it. It’s just tradition, I think.”

What do you think? Do separate men’s and women’s competitions still have a place? Should you be restricted from playing the golf course? Or is it time for golf to break down the barriers once and for all? Let us know with a tweet.

Is it ever OK to throw a golf club?