These changes to the laws didn’t catch the headlines but might still have an impact on your weekly club game. Steve Carroll guides you through

You all went mad for the changes to Stableford penalties, restrictions on standing behind your partner, and what to do if your ball hit an insect on the putting green.

But while they were some of the key headlines contained in the new 2023 Rules of Golf, which come into force on January 1, they weren’t the only alterations.

The R&A and USGA announced more than 40 ‘outcome changes’ between the 2019 and 2023 rules and not all of them will have immediately caught the eye.

That’s not to say, though, that they won’t have an impact on the weekly games you play at your clubs.

Making a stroke at an incorrectly substituted ball

You used to get the general penalty (two shots in stroke play and loss of hole in match play) for this blunder of Rule 6.3b. That penalty has now been reduced to one stroke.

Other than the putting green, it was OK to set an object down to show the line of play – if it was removed before making the stroke.

That’s now prohibited in Rule 10.2b (1) and (2). Regardless of the area of the course, a player “is not allowed to set an object down to show the line of play”.

You’ll get the general penalty – two shots or loss of hole in match play – if you do.

The old Rule 14.1c said a player who lifted a cleaned ball when not allowed got one penalty stroke.

But some sharp minds out there posed this question: Could you clean a ball that wasn’t lifted?

Rules chiefs decided it wasn’t clear enough whether that resulted in a penalty, and under what rule.

So they’ve slightly rewritten 14.1c to say “if the player cleans the ball when not allowed under this Rule, they get one penalty stroke and must replace the ball if it was lifted”. 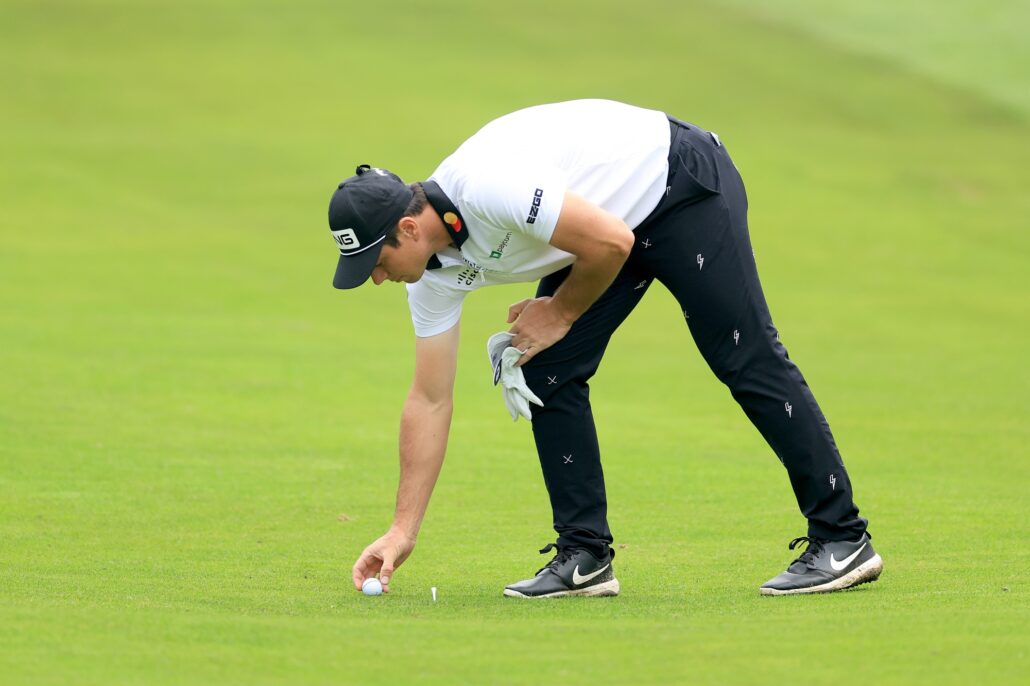 Most clubs use the Model Local Rule that aims to protect young trees from damage. It allows committees to make them No Play Zones and compel players to take relief using Rule 16.1f.

That’s still in place in a new Local Rule, which also gives committees the option of marking a collection of trees as either a No Play Zone or choosing to define young trees as an abnormal course condition.

What’s the difference, you ask? If such trees are an abnormal course condition, and not a No Play Zone, then you have the choice of whether you want to take relief or not. You are not required to do so and could play ball as it lies.

Think ground under repair. You’d probably take free relief, but you don’t always have to. If your club brings in this change – laid out in Model Local Rule E-10.2 – the power will be in your hands.

Here’s an interesting one coming into the winter. You are only allowed to take embedded ball relief, under Rule 16, when your ball is in the general area.

The reference point for taking relief is the spot right behind where that ball is embedded. All clear so far?

Right, what if that spot is not in the general area? What do you do then? In the 2019 Rules, there was no requirement for that reference point to be in the general area. In an outcomes document revealing the main 2023 changes, the R&A and USGA said that “In some situations, relief is not available if no part of the relief area is in the general area”.

That’s been redefined in a new clarification to the embedded ball rule. It says that the reference point must be in the general area and if the spot right behind the ball is not, you must find the nearest spot (no closer to the hole) which is and use that as the reference point.

The clarification adds that while this spot would normally be very close to behind where the ball is embedded, “it could be some distance away”.

You may think this will never come up, but it’s good knowledge to have as this same procedure also applies when a ball embeds in the wall or face right above a bunker and when a ball is in bounds but “embeds right next to out of bounds”.

What have you made of the 2023 Rules of Golf changes? Let me know with a tweet.