Is this the nastiest bunker in golf?

Links courses are renowned for all sorts of evil traps. But Cauldron, at Dundonald Links, might be the worst bunker you’ll ever face

Sneaky little pots. Big gaping chasms you fear to enter lest you never return. Revetted monsters that specialise in wrecking scorecards. Links golf courses are renowned for presenting all kinds of evil bunkers to the unwary handicapper.

But there are sand traps, and then there is the Cauldron bunker lurking on the par-3 11th at Dundonald Links – quite simply the most dastardly, most destructive, most disgusting challenge that will ever be placed in front of a club golfer.

If this bunker were a horror movie, it would be The Ring – silently stalking you throughout the round before springing up from its sandy depths and leaving your face a contorted, fear-ridden mess.

So just what’s so unspeakably awful about it?

Well, you can’t see it for a start. Even though this is the shortest hole on the Ayrshire course – at just 123 yards from the furthest tees – the green is steeply sloped on and this particular nightmare is lurking menacingly off the back.

The three deep bunkers at the front of the putting surface are very clearly in view, so you know you can’t go short. But anything hitting the green a bit hard is inevitably going to career off into this gaping hole – like that massive pit in Return of the Jedi.

Then you get there and realise it’s even worse than you imagined. I’m always concerned when I see a bunker which requires you to negotiate a set of steps and if you’re ball is caught in the face of this , just forget it. Take an unplayable, add two shots to your score, and move on. 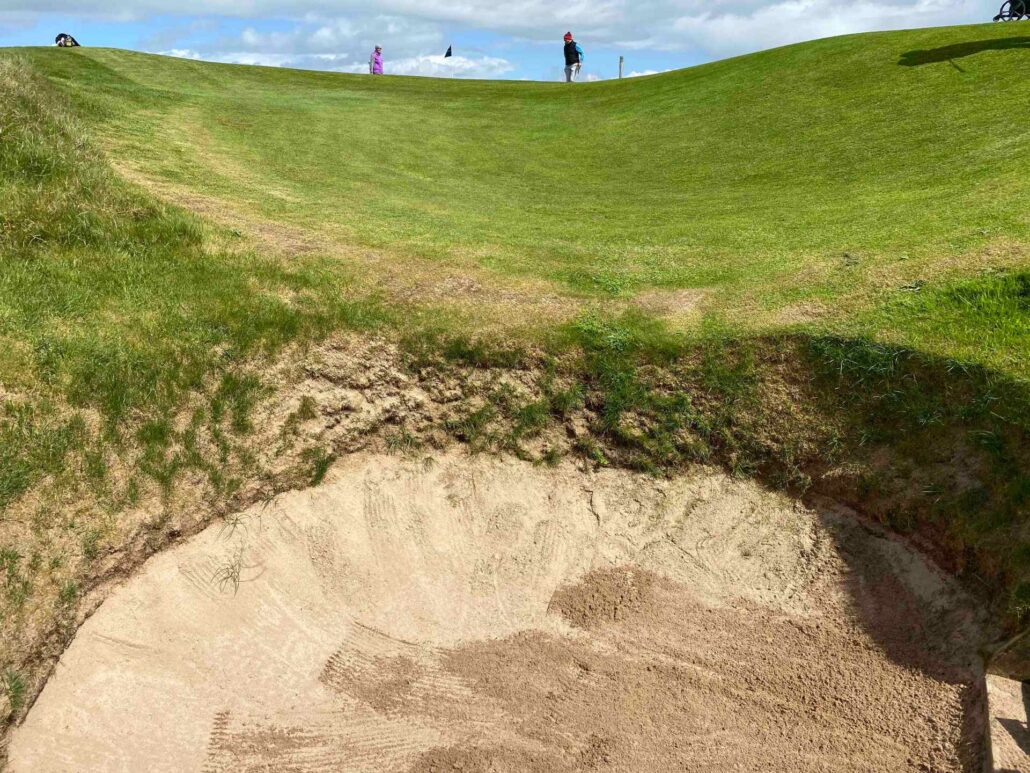 Even if you are lucky enough to find the centre of the sand, your woes are far from over. Cauldron is barely wide enough to hold a stance.

But if you’re still not convinced, the terror goes even further. It’s so deep you’ll require your loftiest club to make a swing and, even if you successfully manage to extricate your ball, you’ve got to get it up a hill that’s about 10 feet vertical and hit it with enough punch to make it travel the 25 yards it takes to find the centre of the green.

Anything that doesn’t do that – and I mean anything – is going to come right back into your sand trodden footprints. And then what are you going to do?

Get an unexpected flier, and fail to find that sweet spot on the green, and guess what? Yep, it’s off into those other bunkers at the front.

Watching hackers fumble around in Cauldron at Dundonald Links can be something of a spectator sport. If you ever find yourself feeling sad about your game, set up a chair and spend 10 minutes watching your playing partners flailing about. You’ll feel much better about yourself.

Until it’s your time to run the gauntlet. What then? Pray.

Have you faced a trap worse than the Cauldron bunker at Dundonald Links?