There was predictable outrage when Bryson DeChambeau was shown taking more than two minutes over a putt. But, says Steve Carroll, let those without sin cast the first stone

We’re all sprawled across the fairway. Well, I say fairway. One of my playing partners is actually in the short stuff on the other side of the course.

Another is rifling through rough and, back on the tee, there’s a two-ball adopting that familiar arms folded pose that’s the semi-aggressive way of saying ‘get out of the ******* road’.

So we do. We shift to the side, wave the pair through and watch on as they finish up on the green and, rather than walk off to the next tee, move onto the adjacent fairway and tee it up.

It beggars belief. We’ve tried to do the right thing and looking back we’ve now got the M1 behind us.

On another occasion, my playing partner inspects his transition for the 9th time in this practice swing – a pre-shot routine he’s been employing ever since we shook hands on the 1st tee. I’m some 200 yards ahead of him now.

And yet we’ve all got the nerve to get on Bryson DeChambeau’s back. What a bunch of hypocrites we are.

Social media has opened up wonderful channels of communication – ways of talking to each other that some of us who started in the ink trade never dreamed were possible.

There’s nothing more unedifying, though, then a mob with pitchforks and torches. And, when it comes to bandwagon hopping, few things ignite faster than a Twitter pile-on.

Could DeChambeau be quicker? Absolutely. Was he bit too defensive when addressing the media with a Hamlet-like soliloquy on Saturday evening – ‘two minutes or not two minutes’? Definitely.

But let those without sin cast the first stone. Because when it comes to slow play, we’re all guilty parties in our own ways.

In one four-man team event I played I spent quite a lot of the morning resting on my trolley as on green after green every member of the group putted out.

What’s strange about that, you ask? Well, it was a handicap Stableford and, on quite a number of those holes, at least one member of the fourball had reached the point of no scoring.

But it’s their weekend round and they’re going to play every shot – regardless of what everyone else is doing behind.

Slow play can also be about more than just how long you take to hit a shot.

When they weren’t tapping in for 9, they were filling in their scorecard in our line of play, rescuing their trolleys from the wrong side of the putting surface or stopping mid-shot for a chat. Ready golf? For many it still doesn’t exist.

None of us are immune. I don’t mess about when there’s a shot to be struck but put my ball in a bunker and I turn into a stuttering wreck, a waggling idiot, a frozen mess of fearful thoughts before I finally summon up the courage to chunk it out of the trap.

So I watched the DeChambeau debacle unfold with a half smile. As the golf world threatened to give itself a coronary I wondered whether it really mattered.

Of all the things we have to get upset about today – is whether someone taking a couple of minutes to pace off a green really at the top of the list?

It’s the example it sets, the naysayers decry. We’re putting people off the game and all this stuff trickles down.

‘Won’t somebody think of the children?’

Honestly, of all the things that keep me awake at night, as I worry about what the future holds for my daughter, whether she takes a fraction too long in getting off a putting surface is way down the list.

If she is or, indeed, isn’t going to take up the game it won’t be determined by whether Patrick Cantlay is caught consulting his green book for the third time on a given hole.

As the fourball on the green stood round the hole debating whether or not to remove the flagstick, I passed the time by watching a family of deer frolicking in nearby trees.

It was an uplifting sight and one I’d have definitely missed had I been head down and about to hit a shot – as I would have if those in front hadn’t been holding up the field.

We’re obsessed with speed but we’re trying to play a sport that takes time. And no one is infallible when the clock starts ticking.

So unless you can honestly look at yourself in the mirror and say you’ve never been a cause of slow play, why don’t we all just relax and enjoy the game?

Got any tales of slow play from your club? Let me know in the comments below or you can tweet them to me. 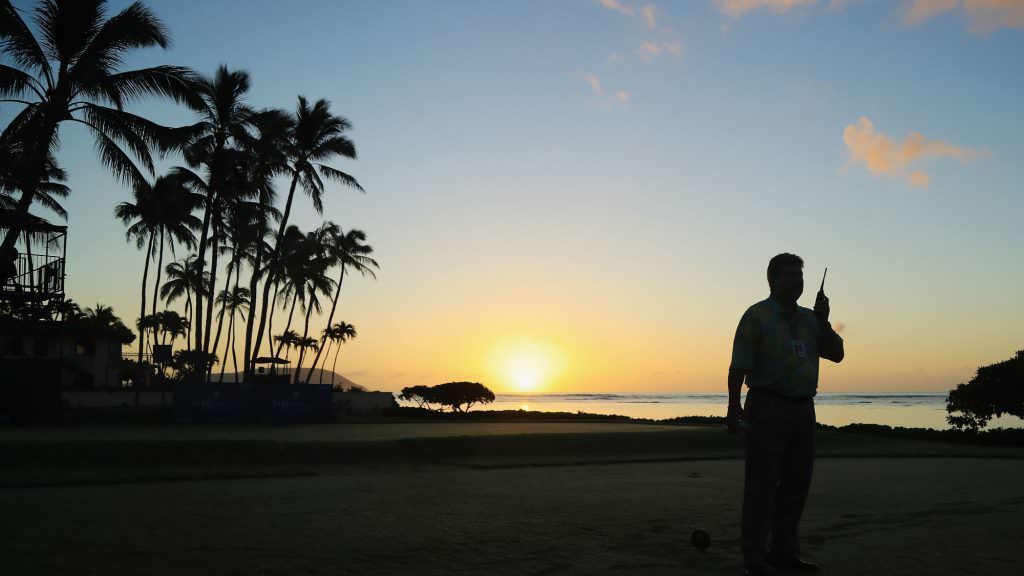 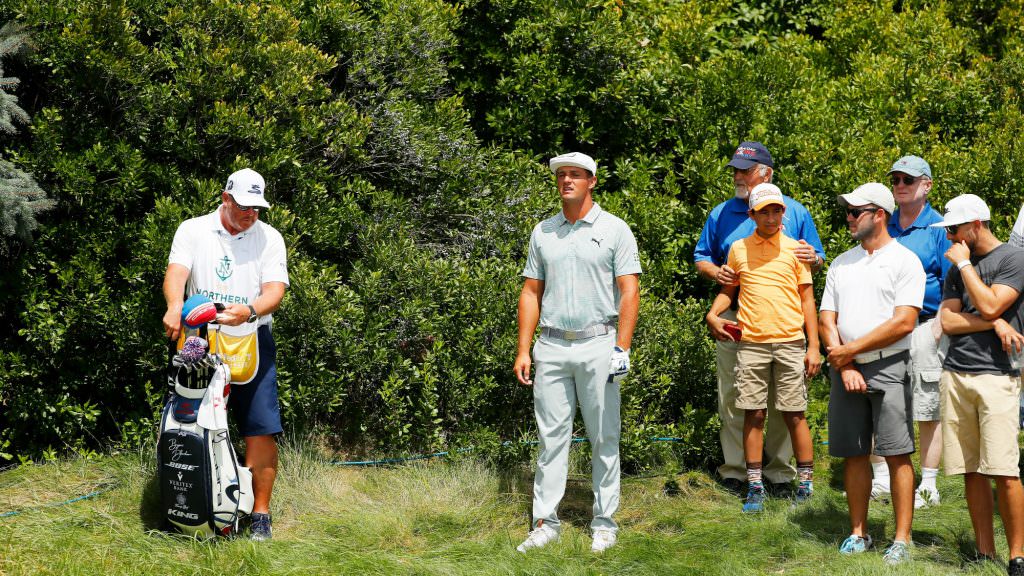 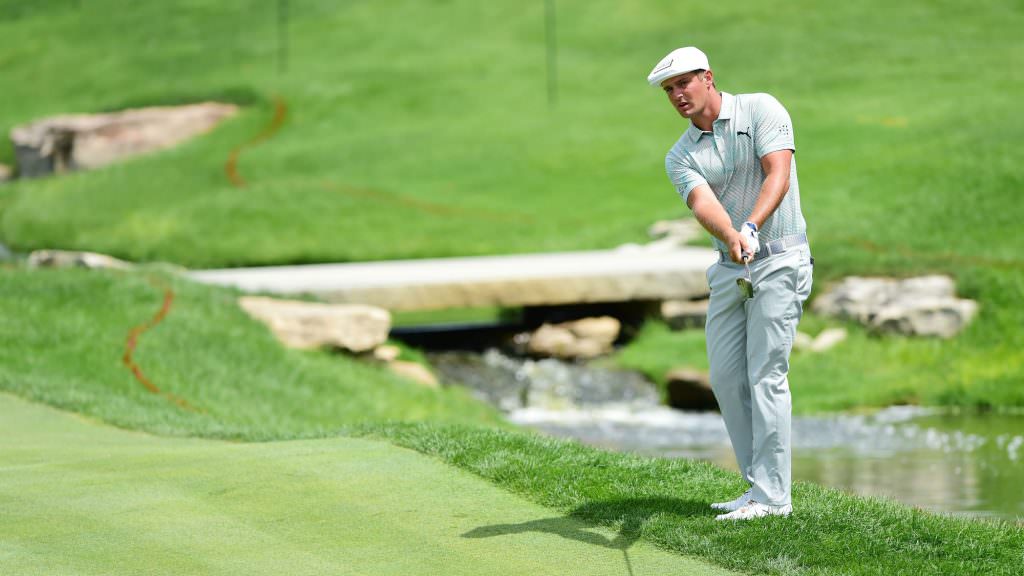 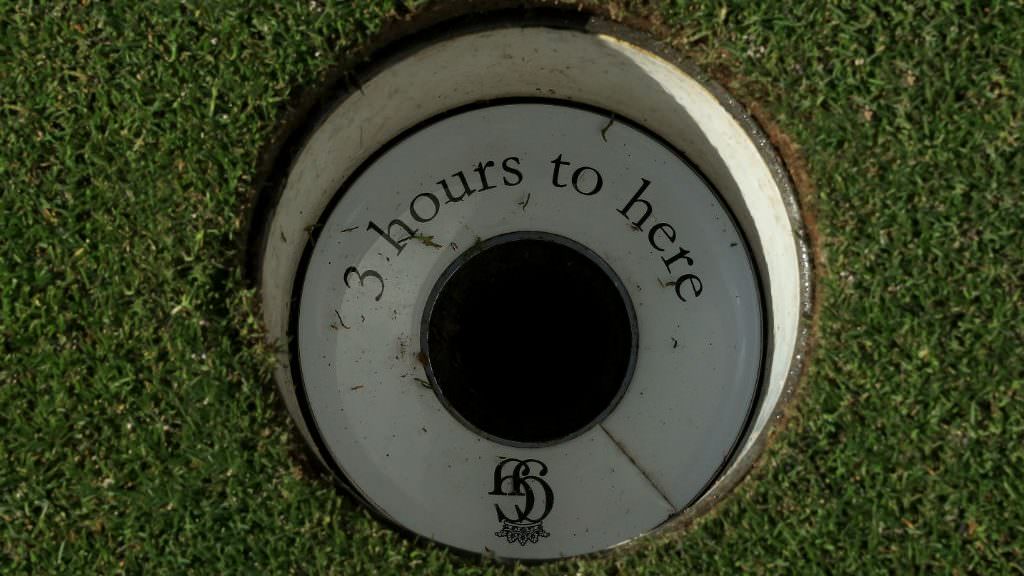 18 holes in under three hours? Golf isn't for you