She’s a Solheim Cup star, a five-time winner on the LET, and one the biggest hitters on the LPGA Tour. But now, all in the name of an amazing cause, Anne van Dam can add Ironman finisher to her growing list of accomplishments.

In a feat which puts all our lockdown runs to shame, van Dam swapped clubs for cardio just a week after teeing up at the Andalucia Open De Espana to complete the gruelling Ironman 70.3 at Indian Wells in California.

For those unfamiliar with the Ironman 70.3 – also known as the Half Ironman – the race consists of a 1.2-mile swim, a lengthy 56-mile bike ride through the mountains, and then a 13.1 mile run to wrap it all up.

In other words, van Dam is an absolute machine, and can safely take the title for fittest athlete in professional golf. Placing 34th in her age category with a ridiculous time of six hours and eight minutes, here’s the LET star smiling her way through the finish line…

So far we raised $15.500 for #RaceForGrace, thank you all so much for your kind donations, comments and support!https://t.co/uNGB0RvPbj pic.twitter.com/qKzDc6wkYn

And if that wasn’t impressive enough, van Dam has helped raise thousands of dollars to a support a fellow player following the accomplishment.

Fundraising for Grace Park, the two-year-old daughter of Jane Park who suffers with undiagnosed epilepsy, the Dutchwoman has already raised over $16,000 to help with equipment, hospital treatment and specialised therapy not covered by the family’s insurance.

“Thank you to all those who donated! Your generosity is felt and appreciated,” Park said after van Dam completed the Ironman, adding that her friend somehow still looked “fresh”. Remember that next time you’re knackered after 18 holes. 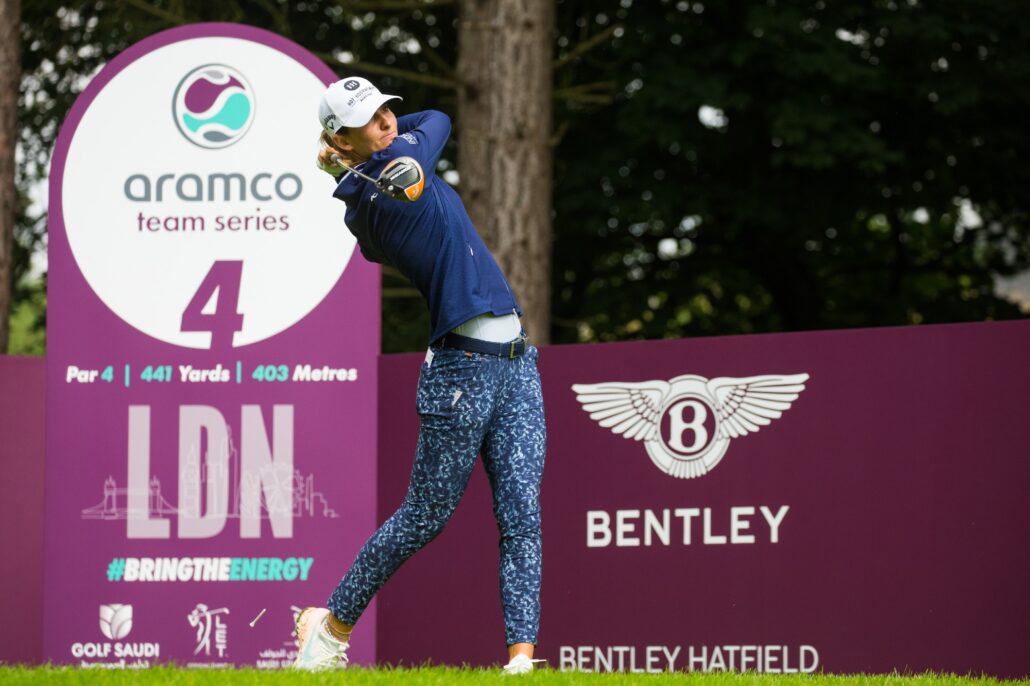 The link to donate to this fantastic cause can be found here.