Leave it in or take it out but stop the song and dance about it. The Angry Club Golfer's back on his soapbox and this time it's the flag that's got him all riled up

Four years on – four years, people – and we still haven’t got past this. We’re still doing the hokey cokey with the flagstick.

It’s on you. No, I want the flag out. Well, you go then. No, he wants it back in. Will someone please just putt!

We’ve done the most incredible things as a species. Cured diseases. Sent people to the Moon. You’d think orchestrating a simple flag ceremony would be within most of our capabilities.

Apparently not. I can’t go first because you’re bricking it that I might stand on your line. But you want the flag out, and the guy a foot to the right of you wants to keep it right where it is.

Well, why can’t he go first then? Because you’re further away?

Have you been under a rock since 2019? Don’t you know anything about Ready Golf? Honour is for match play now. 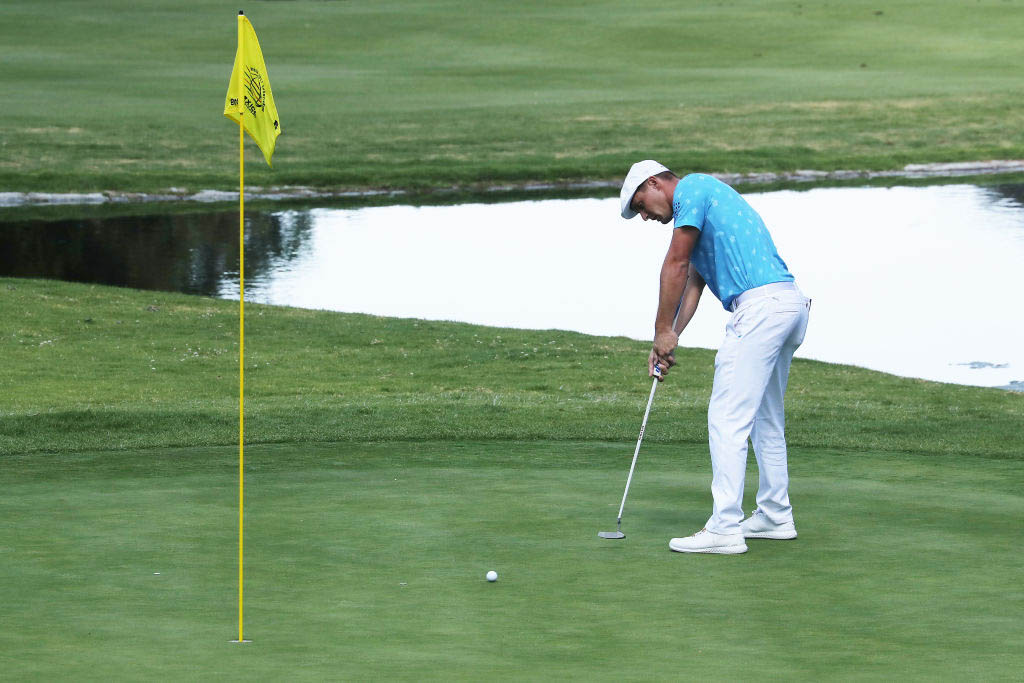 And so we troop back and forth, taking it out, replacing it, and doing nothing but adding to the decaying wreckage around the hole from a tragedy repeated by 100 other golfers. If I was a greenkeeper, I would weep.

I reckon we could trim 20 minutes off a round straight away if we just stopped messing around on the putting green.

But, but, but… spike marks, footprints, any other excuse you can muster. Just tap them down and get on with it.

I’d do anything, give anything, to avoid this painful rigmarole on too many dance floors. Besides, I hate dancing.

Is golf flagstick misery still real or is it only in the Angry Club Golfer’s disturbed mind? You can give him a piece of yours by tweeting him.