How will the new Rules of Golf affect YOUR game?

The update is here and in just over a month’s time they’ll be in play. But how will they impact us humble hackers? Steve Carroll marks your card

It was New Year’s Day, 2019 – the 4th hole. I’d hit one into a bunker that was out of play, went in to retrieve the ball, stepped out and prepared to take a free drop.

That’s when it hit me. As my arm raised to shoulder height, I caught myself just before letting the ball go. This wasn’t the way it went down anymore.

All over the course, golfers found themselves doing the same thing. Habits were hard to break.

So hard, in fact, that my club brought in a short amnesty forgiving players their indiscretions as they got used to putting the new changes into action. It was one thing reading them in a book and being talked at in a presentation. It was quite another out on the course.

The 2019 Rules of Golf really were seismic. The biggest alterations to the laws of the game since 1984, they fundamentally altered how we played our weekly rounds.

For referees, the changes were even more profound. It was ‘literally’ back to the beginning. 34 rules had become 24. There were new numbers and subsections to learn. New language to dissect and highlight.

Something that big takes time to settle in, and there were blips, social media storms, and player moans as we all got used to the new ways.

Now, as we’re finally comfortable with our knee-high drops and relief areas, the Rules are changing again – in the first of what will be regular four-year reviews of the laws that govern our game.

This time, it’s evolution rather than revolution. There’s nothing quite as central as completely changing the way we put a ball back into play.

But there are still several key alterations in the 2023 Rules of Golf that will affect you if you’re not careful. So if you missed all the hoopla when the R&A and USGA made the new rules public, I just wanted to mark your card and explain how a couple of them will have an impact on your regular medal, Stableford, or whatever game you play.

Probably the most important is the change to back-on-the-line relief – something every one of us will have taken.

We’ve just become comfortable with doing the same thing in a relief area. We drop a ball and, if it stays in there, we’re in play. If it comes out, we re-drop.

We instinctively recognise if it goes closer to the hole we must drop it again. Except, in the new back-on-the-line relief procedure, we probably won’t.

That ball can now go up to one-club length forward from where it first touches the ground and still be in play. If you pick it up to re-drop it after January 1, you’re going to incur a penalty. 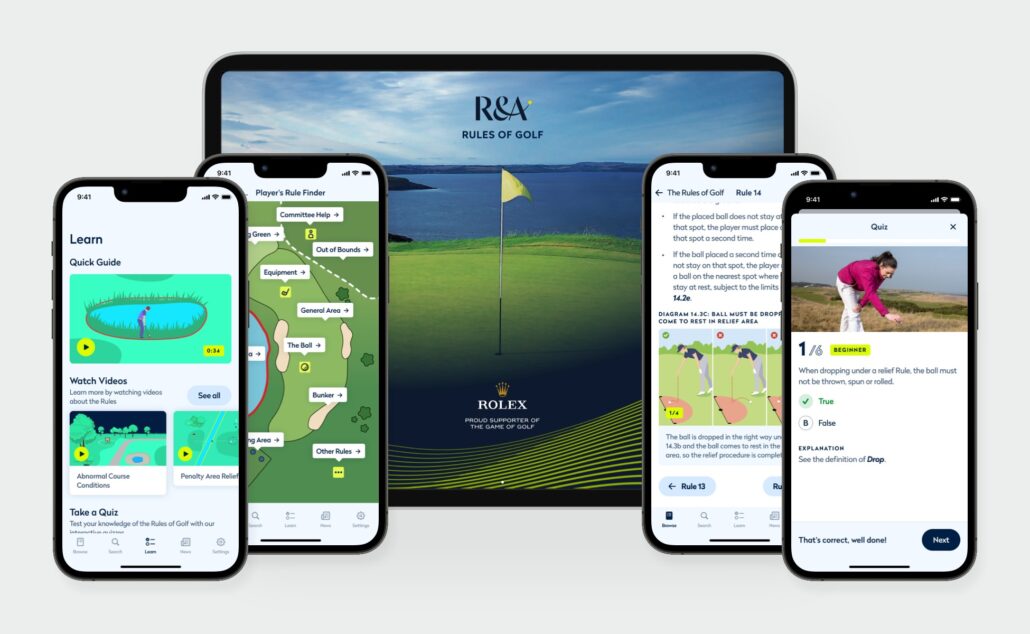 The reason for the change is very sound. If you’re going backwards, why does it matter if your ball bounces a little forward? You’re still further away than you were from the point where your ball initially came to grief.

Once we get used to it, the process of taking this unique type of relief will be simpler and quicker.

But I’ve already had one official contact me concerned because a universal relief procedure that was simple to explain and understand has been altered. Someone is bound to fall foul of it in the New Year. So if there is one new rule change I’d urge you all to embed into your brains, it is this.

That’s followed closely by standing behind your partner when they’re taking a putt.

It does seem counterintuitive on the face of it that this isn’t allowed. As partners in a side, you can give each other advice, you can even take relief decisions for your mate’s ball, but you can’t line up behind them as they’re making their stroke to gain information.

It’s probably no surprise that you’ll commonly find partners taking too keen an interest in foursomes or betterball to try and figure out the line – even though there were restrictions in place in the 2019 rules.

But it is very clear now in the 2023 Rules of Golf. Don’t do it. There will be no place to hide should you forget. Even so, I reckon we’ll see some penalties handed out when the season gets under way.

One of the more interesting nuggets is the new Local Rule that can limit the penalty for forgetting to sign your scorecard from disqualification to two shots.

There was predictable grumbling when this was revealed but I’d be surprised if it wasn’t in the full rule book in 2027.

Yes, we’ve got one job. I understand that. No, I’m not suggesting that anyone who fails to sign their card in a huff because they’ve had a bad game should have the stigma of a DQ reversed.

Equally, though, there are some occasions when people have had a good day, they get a bit excited and distracted, and they just forget.

It seems a shame, under those circumstances, to completely undo 18 holes of good work for the sake of an unintelligible scrawl. 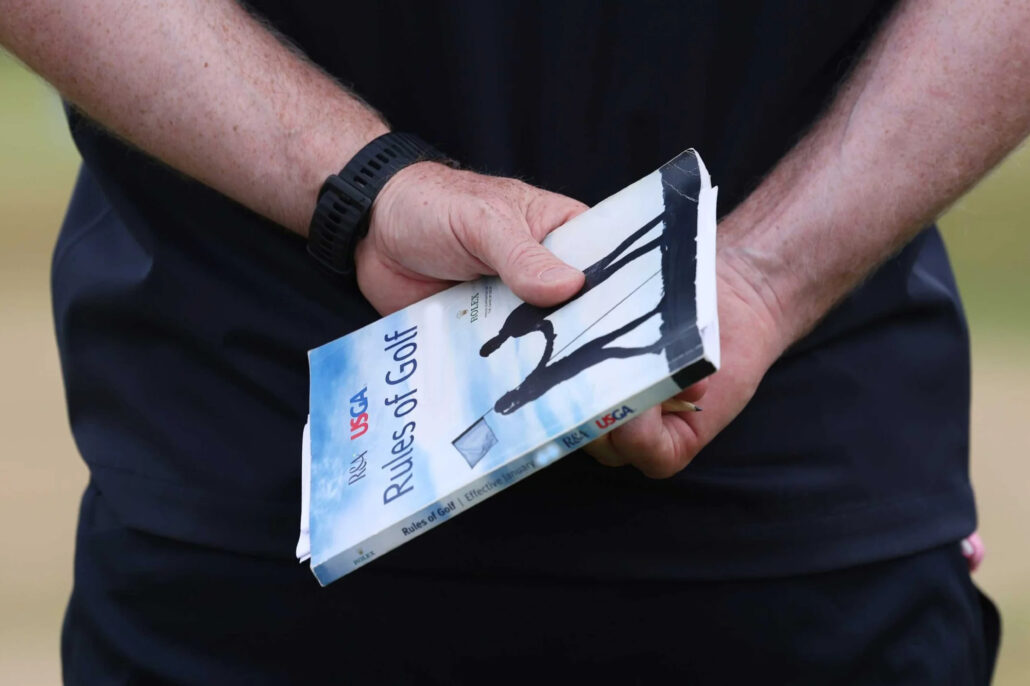 Equally as controversial at some clubs will be the removal of the penalty for failing to put your handicap on the scorecard.

We should do all we can to try and make our competition committees’ lives a little easier. If the handicap software doesn’t do it for us, I can’t think of many players who don’t try to be diligent with their scorecard tasks.

But if your hole scores are correct, and everything is in the computer as it should be, it’s a bit silly that your day comes crashing down because of a simple oversight in a number – especially now the World Handicap System has confused matters for many golfers.

For me, two things come out of these changes to scorecards. The first is that the R&A and USGA appear to be anticipating a further move towards digitisation in the way we record and return scores.

However much traditionalists hate it, digital scorecard options are on the rise. The pandemic has only accelerated this process and it’s not inconceivable that we won’t even have a paper option to turn to before too long.

That could dramatically alter the way we certify and it will be interesting to see how this process changes with the progression of technology.

The second point is these new rules can further call a halt to the things some committees get up to when dealing with competition administration.

I get emails from players who’ve been disqualified for all sorts of trivial stuff – from failing to add the date to not ticking the box to say which tees have been used.

Committees can’t punish players in this way under the Rules of Golf but a minority are laws unto themselves.

These changes clearly push the responsibility for what appears on the scorecard further in the committee’s direction. It’s largely down to them and, if challenged, you should show them Rule 3.3b.

Overall, I like what I see in the 2023 Rules of Golf. They build on 2019, without including anything that’s going to necessarily blow your mind this time, and they continue to try and make what can be a complicated game a little bit easier to follow.

Nothing remains the same, though, and, as these settle in, it will be interesting to see the journey continue as they are refined again in 2027.

We’ve painstakingly been through all the 2023 Rules of Golf changes to make sure you have everything you need to know about the biggest changes, from penalties in Stableford, handicaps on scorecards, back-on-the-line relief, and much, much more.