Portugal Masters betting tips: Who will dominate at Dom Pedro?

Who will taste victory in Vilamoura? Oddschecker's Tom Jacobs has picked three players he expects to put in a performance at the Portugal Masters

After three weeks in Spain it’s time to move down the road for the 2022 Portugal Masters. Keep scrolling for my betting tips, but first…

Course summary: The Arnold Palmer-designed Victoria course at Dom Pedro is an exposed and expansive track, with wide undulating fairways and larger than average greens. This course is a favourite for pros who regularly shoot low scores, including when Oliver Fisher posted a European Tour record round of 59 here in 2018.

Eddie Pepperell is striking his irons at an elite level right now, ranking inside the top-10 for SG: Approach in eight of his last 10 events, inside the top three on six of those occasions, and leading the field twice in that span.

We know with Pepperell that it is the driver that can hold him back, and that has certainly been the case in recent starts, but at a course he loves, and one where rough isn’t too penal, Dom Pedro looks like the spot for him to finally take advantage of this excellent run with his approaches.

Pepperell was the 36-hole leader here in 2018, but lost out by three strokes to Tom Lewis, and his best finishes here include 2nd, 3rd and 6th place efforts.

The Englishman has not finished worse than 32nd in his last 10 starts, and now he will kick on and contend in an event perfect for him.

Tom Lewis returned to DP World Tour action earlier this year, in an attempt to secure playing rights for next season, and there is nowhere better than the Portugal Masters for him to do just that.

Currently 152nd in the DP World Tour Rankings, Lewis needs a huge week, and it may take a third win at Dom Pedro to get it done!

Since returning to the DP World Tour at the Czech Masters, where he finished 13th, Lewis has also posted 12th and 16th place finishes, and has been in an even better positions than that.

When 12th in Himmerland, Lewis was 4th going into the weekend, and 6th going into the final day, before a disappointing Sunday saw him fall away. It was a similar story at the Italian Open as well, where he was 3rd after 36 holes, but couldn’t keep it going over the weekend, eventually finishing 16th.

Lewis was 12th going into the final round in France, but finished 50th, and last week Lewis finished a solid, but unspectacular 37th, so his run since re-joining the DP World Tour has been pretty impressive.

If he gets it going early here in Portugal, Lewis is much more likely to stick around, as he will be able to channel fond memories from his two wins here.

In what is last chance saloon for Lewis, the Portugal Masters could not have come at a better time.

With three straight made cuts, Marc Warren has clearly found some for, and he rubber-stamped that, by ranking top nine in both SG: Approach and SG: Tee to Green this past weekend. It feels like the veteran is a strong putting week away from contending for the first time in a while, and he can certainly spike on this golf course.

Dom Pedro is a course he knows well, having played in all but one of the renewals since the event was added to the schedule in 2007, and not many people can make claims to such experience.

Among his 14 starts here is a 2nd place finish, a 12th where he was the 36-hole leader, and two more top 30s. Given his recent return to form and his ball-striking numbers, not only last week, but the past three weeks in general, now seems a good time to get this veteran onside.

Warren has just about pulled himself inside the cut line for a card next season, and he will not want to let that slip in this event, instead targeting a big improvement in his ranking here in Portugal. 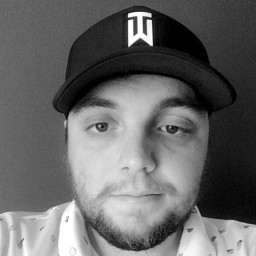