Despite initially announcing he would be returning to PGA Tour action at his 20-man invitational in the Bahamas, Tiger Woods has now withdrawn from the Hero World Challenge. I know, we’re just as sad as you are.

Despite that, the tournament still boasts a mouth-watering field, with 18 of the world’s top 25 taking part, including Jordan Spieth, Justin Thomas and former World No 1 Scottie Scheffler.

Some of the regulars of this event – including Bryson DeChambeau, Patrick Reed, and former winners Henrik Stenson, Bubba Watson and Graeme McDowell won’t be involved after joining LIV Golf.

Course summary: This unique Ernie Els design is an intriguing test, with five par-5s and five par-3s for players to negotiate. Perilous bunkers and sand dunes provide a strong defence, with a definite links feel to this relatively new course. With an elite field on show, and an average winning score of around 20-under-par, we should be in for a real spectacle this week.

The Englishman seems to have his swagger back, and if that is the case, 2023 could be another big year for him.

Before that though, let’s examine Fleetwood’s chances of winning this unofficial tournament, one which holds a special place in a lot of people’s hearts due to it being Tiger Woods’ event.

Fleetwood has played the Hero World Challenge once before, back in 2017. He was European Number 1 that year, but coming into this event – in the Bahamas – Fleetwood had finished T10 at the Nedbank, T21 at the DP World Tour Championship, and then 6th in Hong Kong in his three most recent starts coming in.

This time around, Fleetwood has won the Nedbank and finished T5 a week later at the DP World Tour Championship – both results looking much closer to his 2017 form.

So, on very recent form, he actually looks in better shape this time around, than he was, when making his Hero World Challenge debut in 2015, and that is a positive as he returns to the same course seven years later. At 20-1, I’ll chance Fleetwood in the hope he can close out a strong end to 2022, with a win in this 20-man field.

This one is more of a value play. Tom Kim is in great form right now, and has been since his first win at the Wyndham, and his second win, more recently at the Shriners.

Two legitimate PGA Tour wins in his past seven starts makes Kim one of the form players in the field, and he’s coming in fresh, off a T4 finish in the prestigious Dunlop Phoenix tournament in Japan.

If he keeps churning out these sorts of performances, then he is sure to find himself in limited-field events like this more often, and I suspect he is capable of making a big run at this one.

The youngster will relish the low-scoring nature of this event, with the winning score never higher than -18 here (four times), and it has been as low as -25, since moving to Albany in 2015.

Between Fleetwood and Kim, I suspect we will get a run at taking on Jon Rahm, who has two wins, a 2nd, and a 4th in his last four starts, and has course form of 1st and 2nd here. 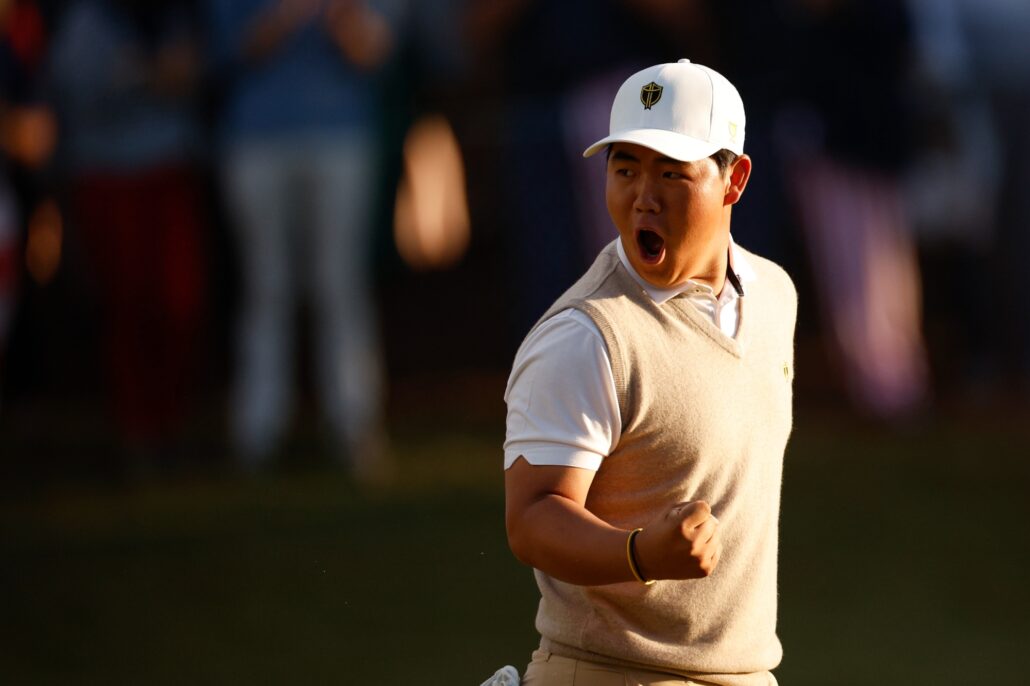